True Detective Director to Film Adaptation of Stephen King's It

It looks like Pennywise the Clown will soon be back to make audiences fear clowns for years to come.

Speaking to Vulture on Dec. 4, producer Dan Lin confirmed that True Detective director Cary Fukunaga is on board for a new adaptation of Stephen King’s It.

“The idea is to start official prep in March for a summer shoot,” Lin, a producer on The Lego Movie, told Vulture.

However, Lin said It was too big to keep to one movie, and so the plan is to split It into two films (which, if Lin takes inspiration from Peter Jackson, will turn into a trilogy culminating in It: A Pennywise for Your Thoughts).

Lin only confirmed Fukunaga’s involvement for the first film, but did say he is working to sign on the director for the second one as well.

The two-part film does have some precedent in the case of It, however. The original 1986 novel has only seen one other major adaptation, a two-part miniseries on ABC that aired in 1990. That version is particularly memorable for Tim Curry’s horrifying portrayal of Pennywise the Clown, and should serve as a standard-bearer for clown-based scares as Fukunaga and Lin prep their version.

More so than signing on Fukunaga for both parts, Lin has been most concerned with earning the approval of one man: Stephen King.

“The most important thing is that Stephen King gave us his blessing,” Lin said. “We didn’t want to make this unless he felt it was the right way to go, and when we sent him the script, the response that Cary got back was, ‘Go with God, please! This is the version the studio should make.’ So that was really gratifying.” 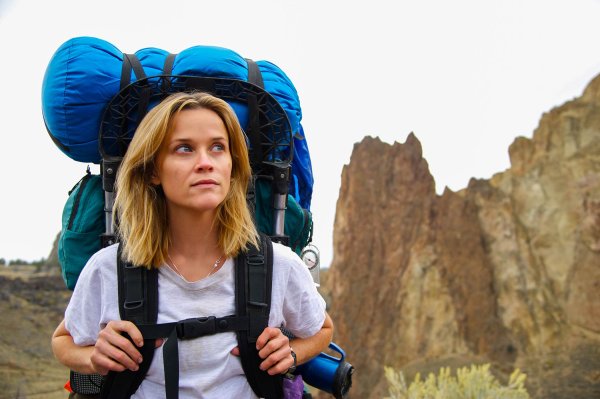 The True Story Behind Wild
Next Up: Editor's Pick