I have faced some very tough times. When I was 10 years old, my twin sister and I were used in medical experiments by Dr. Josef Mengele at Auschwitz. He injected me with a deadly germ and a few days later he came to the sick barrack where I was sent. He never even examined me. He looked at my fever chart and declared, laughing sarcastically, “Too bad, she’s so young — she has only two weeks to live.” At that time I knew he was right — I was very ill. But I refused to die. I made a silent pledge: That I will prove Mengele wrong, that I will survive, and I will be reunited with Miriam.

For the next two weeks I was between life and death. I have only one memory — crawling on the barrack floor, because I no longer could walk. There was a faucet on the other end of the barrack. As I was crawling, I would fade in and out of consciousness. I just kept thinking, I must survive, I must survive. After two weeks, my fever broke and I immediately felt a lot stronger. It took me another 3 weeks before my fever chart showed normal and I was released from the barrack of the living dead and reunited with my twin sister Miriam. That event — surviving whatever I was injected with — serves to me as a very big source of strength.

When my son had cancer, I couldn’t get him to accept the fact that he had to fight for his life, that he had to make the choice to fight for his life. No one else could do it for him. I repeated to him the story of my survival in Auschwitz. He got mad at me and I just said, “Alex, when I was in Auschwitz, the doctors who were around me wanted me dead. I made the decision that I would live. Can you make that decision?” He got mad at me and hung up the phone — he wasn’t ready to deal with it. But he called me back two days later. Alex said, “Mom, I think I understand it. This is my Auschwitz. This is my struggle that I need to survive.” If the person who is suffering from cancer doesn’t even want to make the decision to live, no one can help them. My son is alive today.

The fact that I have overcome so much adversity in my life helps me to have hope during tough times. I believe if I could survive Auschwitz, if I could survive crawling on the barrack floor between life and death, I could probably survive anything. Basically that is the way we gain confidence in our ability. When we overcome one difficulty and one hardship, we can build on that when any other hardship comes along in life. I also like the fact that people who hear me speak can tune in and feel inspired. They see that I could do it, and they realize they can overcome whatever they are trying to overcome too. That is helpful to realize, that maybe each of us can help others overcome by sharing our stories.

You can also look for ideas on YouTube and the Internet for people who have overcome tough times. You will find a story that fits your situation. Then when you are inspired, DO something. Make a commitment to yourself. Make a promise and keep it close by. If you get off track, don’t feel guilty — we all do it. Just get right back on it.

This question originally appeared on Quora: What gives you hope during tough times? 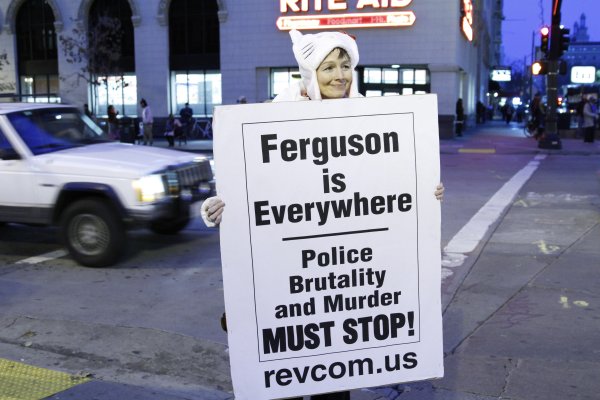 White People Are Finally Starting To Get It
Next Up: Editor's Pick