Listen Here, Internet Girl: The Newsroom Rapesplains It All

Spoilers for the latest episode of The Newsroom below:

The timing of the second-to-last episode of The Newsroom ever, “Oh Shenandoah,” was perfect. It included a subplot about campus rape and the ethics of reporting rape accusations, which have been everywhere in the news–from the Rolling Stone University of Virginia rape investigation (which the magazine just embarrassingly walked back) to the re-emerging Woody Allen and Bill Cosby rape accusations. (And that’s even before you get to the parallels between ACN’s new tech-zillionaire “disrupter” owner Lucas Pruit and The New Republic’s Chris Hughes.)

Let’s begin with Don’s visit to Mary, the rape accuser. Mary–and credit to Sorkin for resonance with current events–says that she was raped, that she reported it to college authorities and the police, and that none of them did anything about it. So she’s set up a website through which women can anonymously report rapes. This unsettles Don; he’s worried about the potential for a guy’s career to be ruined by a false accusation. Mary answers that he seems a lot more concerned about that than the statistically far more likely possibility that a woman will get raped and her attacker will get off scot-free. It’s a canned dialogue and more than a little mansplain-y on Don’s part, but it is, at least, an actual discussion going on in the news today.

Then we get into the issue of “belief” and he-said-she-said, and it gets worse. So much worse. Asked who he believes, Don, with visible discomfort, says that she’s credible and has no reason to lie; the student she’s accusing seems sketchy and has every reason to lie. But, he says, morality tells him that “I’m obligated to believe the sketchy guy.”

The journalistic-ethics part of his argument is even more confused. Don is ostensibly worried about Mary’s website and the danger of anonymous accusations. So he wants Mary to turn down the ACN interview–in which she’s not only not making an anonymous accusation but in which the accused will have the chance to defend himself. This is literally the opposite of the criticism of the Rolling Stone story–that the magazine’s reporter did not speak to any of the accused gang-rapists, or attempt to track them down, or even explain what it did or did not do about them. ACN has done all that, and Don wants to scuttle the story anyway, because he doesn’t like the website. Because “there’s no way” some woman won’t use it to make a false rape accusation. Because think of the theoretical Stanford Medical School applications!

For this “Oh Shenandoah” makes him a hero.

And that gets to the larger problem of the episode, and The Newsroom in general. The Newsroom is a didactic show, by which I mean, when it presents an argument, it hints pretty clearly which side it believes is right. It works in heroic, not antiheroic mode. This is a trait of Aaron Sorkin’s TV shows, and it’s not automatically bad. The Wire is the greatest drama in TV history, and it was plainly didactic about its argument against the war on drugs.

But when you make an episode as didactic, as righteous, as sanctimonious as this, you own what it preaches. Its rape subplot is not saying, “Here are a couple sides of a difficult issue. What do you make of it?” Like most such Newsroom parables, it gives you obvious clues–tone, cadence, music, camera angles, who gets the better speeches–to lead you to the path of virtuous and true thinking. And although Mary is sympathetic too, what dominates the story is how committed Don is, how terrible he knows the situation is, how damn hard it is for him (he spends most of it with his eyes watering), but how he has to make this call anyway, even if it breaks his heart, even if it gets him fired, because right is right, dammit.

And the rape story is only the most attention-getting subplot in an episode loaded with awful sermons. Except for Jim and Maggie’s romance on the Snowden Express, every storyline here is a screed about how the Internet and wrongheaded populism are threatening truth, privacy, justice, journalism and civil society.

It’s ironic that the Internet is the one topic that reliably makes Sorkin reach for the CAPS LOCK button like a blog commenter. Combine that with a woman character and it’s a perfect storm, something foreshadowed in real life during the first season when Sorkin dismissed a female reporter with, “Listen here, Internet girl.” In The Newsroom the Internet is silly, gossipy–and thus, in its view, feminine, not unlike reality TV, which Will said in season one turns us into “old ladies with hair dryers on our heads.” (See also everything this season involving Hallie, who first gets fired from ACN for a tasteless tweet about the Boston Marathon bombing, then lands a job with a website that gets her to write a personal essay dishing about a fight with her boyfriend Jim.)

So Mary’s story is an extension of The Newsroom‘s woman problem. But it’s also is of a piece with all the other storylines in the episode, crying that digital culture, its anonymity, its renegade Redditors, its insistence that passion equals truth, and its ability to bypass the filter of expert judgment, has bought us all a ticket on the Acela straight to hell.

Mary–who at least gets in some potent arguments–is arguably the most generously treated antagonist in the episode. Elsewhere, Jailhouse Will argues about Eastern establishment elitism with his cellmate, an imaginary stand-in for his abusive dad, who gets in a few good points–except he’s a wife-beater who hates the Jews, so there’s that. Sloan vivisects the tech guy who’s created a celebrity-stalking app (a practice even Gawker has dropped), a gross, smug troll given only a few limp clichés (“They signed up for this!”) to defend himself with. And Pruit turns out to be exactly the crass, bullying philistine everyone was afraid he’d be, raving and threatening to fire the entire office for breaking his beautiful surveillance app. This is all too much for Charlie–for some reason he’s spent most of the episode as fiercely carrying out Pruit’s philosophy as he earlier fought it–who, under the strain of holding it all together, actually drops dead.

That’s right, folks: The Internet killed Charlie Skinner! And you did, and I did, all of us with our shallow obsessions and demands for cheaper, faster, more gossipy news! Are you happy now, are you?

The most baldly offensive thing in “Oh Shenandoah” was watching Don mansplain rape to a woman. But to focus only on that would be to diminish the sheer, monumental, top-to-bottom -splaininess of this episode. Will McAvoy is so good a mansplainer he can even mansplain to another man. Then Sloan Sloansplained privacy and the rights of celebrities. And Charlie, in the climax of The Newsroom‘s worst episode ever, finally and unanswerably deathsplained the demise of journalism.

RIP, Charlie. At least you got out. 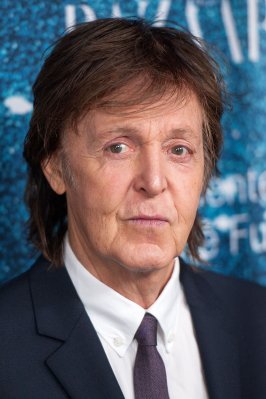