Questioning an Accuser's Story: A Rape Victim Group Weighs In

Rolling Stone has released a statement acknowledging “discrepancies” in their blockbuster story about a gang rape at the University of Virginia and victims’ advocates are concerned that this high-profile incident will keep other rape victims from getting justice.

This is bad for Rolling Stone, but even worse for rape victims. While it’s still unclear whether the discrepancies in Jackie’s story are proof that she was not attacked at all, the public debate over her credibility could have an impact on the way survivors are treated.

“False reporting of sexual assault hurts actual victims, because it leads the public and law enforcement to start doubting their stories,” said Scott Berkowitz, president of RAINN (The Rape, Abuse and Incest National Network) noting that only about 6% of rape allegations are fabricated.

A culture that reinforces the importance of “believing the victim” puts journalism– a profession of skepticism– in a tough spot. “Journalists should approach stories like this as if they are aware of the statistics that false reporting of this crime is quite rare,” Berkowitz said. “Most likely it’s the truth, but they shouldn’t suspend disbelief.”

“Overwhelmingly, victims are telling the truth,” he said. “But by all means, journalists should ask all the questions they need to ask in order to get the facts.”

Berkowitz also expressed concern about the impact of this story on campus justice systems, where there are often murky protocols for handling rape allegations. “I hope this isn’t the case, but I worry that it’s going to make colleges and those who are part of the college adjudication process more reticent to pursue allegations and find the person responsible,” he said. “I think it reinforces the importance of having these cases go through the criminal justice system and not through the internal college system.”

Most of all, he says, “I really hope that the next victim isn’t deterred from coming forward.”

(The fraternity discussed in the story, Phi Kappa Psi, has released a statement refuting key facts mentioned in the Rolling Stone story and including the allegation that the sexual assault was part of an initiation ritual. The fraternity wrote that “this notion is vile, and we vehemently refute this claim.”)

MORE: The debate: How should college campuses handle sexual assault? 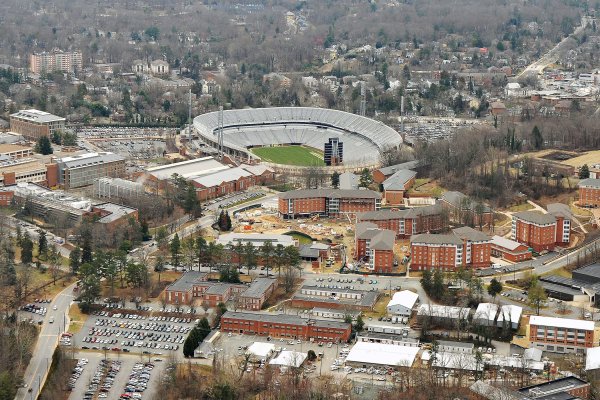 UVA’s Rape Problem Will Be Solved When the ‘Virginia Gentleman’ Evolves
Next Up: Editor's Pick