Why John Lennon's Death Was the End of an Era

John Lennon’s death 34 years ago today triggered the same shock and outpouring of grief as the assassinations of Martin Luther King, Jr. and John F. Kennedy. So wrote critic Jay Cocks for his 1980 TIME cover story about the legacy of the late Beatle and his death by the hands of Mark David Chapman. The touching tribute — comments from Bruce Springsteen that are included in the piece may bring tears to your eyes — featured one memorable quote from Lennon’s wife, Yoko Ono: “This is not the end of an era,” she said in the days after he was killed. “The ’80s are still going to be a beautiful time, and John believed it.”

But in his piece, Cocks makes the case for why Ono’s words were more wishful thinking than a truthful declaration.

The band had broken up a decade before, but Lennon’s death signaled a shift more serious than the Beatles’ dissolution ever did. After all, the music of the Beatles would be around indefinitely, whether or not the band continued to record together.

When Lennon died at age 40, however, everyone who had grown up with the Beatles was approaching middle age too. In addition to their sadness about Lennon’s death, they could not ignore their own mortality. “For everyone who cherished the sustaining myth of the Beatles,” Cocks wrote, “the murder was something else. It was an assassination, a ritual slaying of something that could hardly be named. Hope, perhaps; or idealism. Or time. Not only lost, but suddenly dislocated, fractured.”

There was an innocence and idealism to Beatles songs, Cocks explained, that stood in stark contrast to how Lennon died. Even kids could sense the loss: “I recognize the end of an era — my mom’s,” 16-year-old Gretchen Steininger told TIME. In the days after Lennon died, a Florida teenager and a 30-something man in Utah committed suicide and left notes behind that referenced depression over Lennon’s death.

Mark David Chapman is still alive. He’s now 59, and he’s been denied parole eight times — the most recent was August of this year — since he was imprisoned in 1981. (Ono has publicly campaigned against his release.) “At that time, I wasn’t thinking about anybody else, just me,” said Chapman, who can try again in 2016, at this year’s hearing. “But now, you know, obviously through people’s letters and through things I hear a lot of people were affected here. I am sorry for causing that type of pain. I am sorry for being such an idiot and choosing the wrong way for glory.”

Read the full 1980 cover story about John Lennon, here in the TIME Vault: When the Music Died 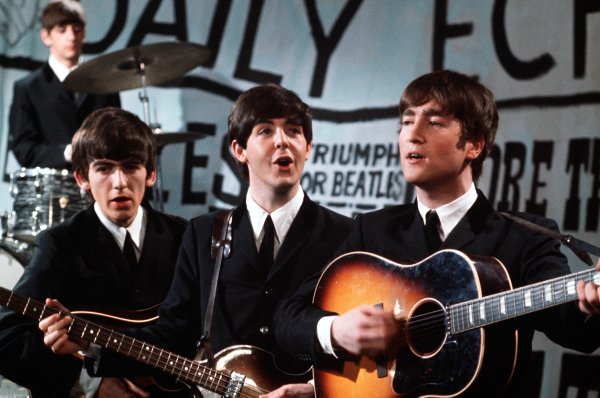