It's Women Who Suffer When We Don't Ask Questions

Protestors carry signs and chant slogans in front of the Phi Kappa Psi fraternity house at the University of Virginia, Nov. 22, 2014, in Charlottesville, Va.
Ryan M. Kelly—AP
Ideas
By Cathy Young
Cathy Young is a contributing editor at Reason magazine.

The shocking Rolling Stone story of a brutal fraternity gang rape and administrative inaction at the University of Virginia has now unraveled, with a Washington Post investigative report disputing key parts of the account and the magazine issuing a partial retraction. While we may never know the whole truth behind the story, the controversy around it has once again raised the thorny question of when it is proper to doubt claims of sexual assault.

In the past week, several critics have questioned the story’s authenticity and faulted author Sabrina Rubin Erdely for failing to seek a response from the alleged rapists or to corroborate the account provided by Jackie, the UVA student identified as the victim. Meanwhile, some commentators have blasted the skeptics for perpetuating a culture of sexist mistrust toward women’s reports of sexual violence. For many, believing and supporting accusations of rape is an essential feminist principle. But that principle is not only at odds with journalism; it is also gravely detrimental to justice—for the accused and, in the end, for victims.

Slate journalists Allison Benedikt and Hanna Rosin, who followed up on the UVA story, found a strong belief among victim advocates on the campus that “questioning the victim is a form of betrayal.” This is a common attitude in activist ranks—and in the feminist media, as the response to critiques of the UVA story confirms. The New Republic’s Rebecca Traister noted bitterly that if Erdely’s story is discredited, this will boost the belief that “bitches lie.” Gawker’s Allie Jones acknowledged the weaknesses in Erdely’s research but slammed the critics as “disingenuous” and prejudiced against rape complainants. Salon’s Katie McDonough wrote that while Erdely’s article may have been “imperfect,” the backlash against it was part of “rape denial playbook,” the product of a culture “overwhelmingly inclined to think that victims are lying when they say they have been raped.”

In a piece posted just two days before the story came undone, New York’s Kat Stoeffel not only deplored the resistance to “taking a traumatized young woman at her word” but argued that even if Jackie’s harrowing tale was made up or exaggerated, it was problematic to debunk it. In Stoeffel’s view, the benefits of believing the story—“forcing reform at UVA, encouraging other women to come forward”—outweighed any possible negatives, since no specific individuals had been accused and no innocents’ lives could be ruined.

“To what end are we scrutinizing?” wondered Stoeffel—a startling question for a journalist to ask. The answer is simple: Because journalism is about facts and truth-telling. To defend a possible lie that may have social utility is not journalism but propaganda.

Besides, in this case, the potential for harm was obvious. If Jackie’s horrifying story of being ambushed in a dark room during a fraternity party, pinned down, punched in the face, and brutally raped by seven men for three hours was widely believed to be true, but no perpetrators were ever brought to justice, it would have sent a terrible message to the community and especially to women; it would have also casts a shadow of suspicion on all men who were members of the fraternity, Phi Kappa Psi, during the period described in the article. (Indeed, the names of possible suspects were already circulating online.)

Now that the Rolling Stone story has come undone, will its collapse hurt the credibility of genuine victims of rape? If the negative publicity discourages victims from coming forward, that will be tragic indeed. One hopes that no sane person would take the discrediting of one very extreme account of sexual violence to mean that campus rape doesn’t happen, or that most women who report being raped are lying. But when believing all such reports is treated as an article of faith, every allegation exposed as false becomes deeply damaging. That is why “believe the survivor” dogma must inevitably backfire: While no one knows exactly how common false rape allegations are, it is a fact that they happen.

New York’s Stoeffel writes sympathetically of “feminists who believe in believing women”—among whose number she clearly counts herself. But such faith is arguably bad feminism, putting women on a pedestal rather than on the same footing as men; it’s certainly bad justice and bad journalism. (“If your mother says she loves you, check it out” is still a good principle.) Erdely and her Rolling Stone editors chose to stake a major story on believing one young woman’s account—a trust that the magazine now acknowledges was “misplaced.”

Commentators across the political spectrum have expressed concern that Rolling Stone’s sloppy journalism will damage what Bloomberg View columnist Megan McArdle calls “the righteous fight for rape victims.” But despite its righteous goals, the crusade against rape has leaned too far toward promoting the dangerous idea that accusation equals guilt and that to doubt an accuser’s word is heresy. Finding the balance between supporting victims and preserving the presumption of innocence is a difficult line to walk. Perhaps the lessons of the UVA story will help steer the way toward such a balance. 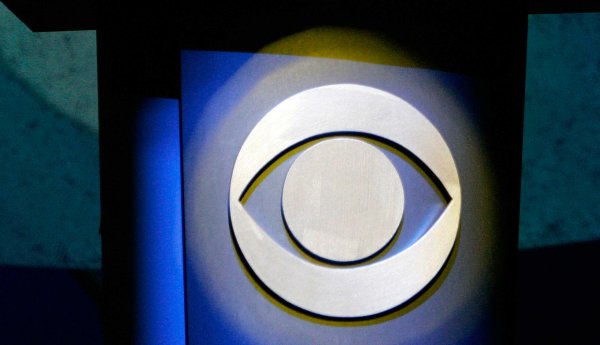 CBS and Dish Network Reach Deal to End Blackout
Next Up: Editor's Pick