In the wake of Lifetime’s universally panned Aaliyah biopic — the critical reaction to which Gawker pretty much captured by calling it “the laughingstock of the Internet” — the network has some redemption to seek. Though expectations may be middling and Houston’s family is unhappy about the project, there is still hope that their upcoming Whitney Houston biopic Whitney might restore favor with viewers and fans alike.

The trailer focuses on Houston’s relationship with Bobby Brown, and Lifetime’s press site confirms that the tumultuous union will be the focal point of the production. First-time director Angela Bassett has some experience with biopics, as she played Tina Turner in the 1993 biopic What’s Love Got to Do With It, which centered on the singer’s abusive relationship with Ike Turner. Between the relationship drama and substance abuse, the biopic looks like an appropriately heavy affair, with only sequins and shoulder pads to lighten things up.

Yaya DaCosta, who started her career as runner-up on America’s Next Top Model but proved her acting chops in The Kids Are All Right, will play Houston, with vocals by Deborah Cox. Arlen Escarpeta, best known for Friday the 13th and a smattering of TV appearances, will play Brown. The special airs on Jan. 17, followed by a documentary that takes a closer look at Houston’s life and death.

Houston was such an incomparable talent that it’s a little disappointing the biopic seems to put her love life above her remarkable accomplishments as an entertainer. But the offstage tensions, it would appear, provide more juice for drama than the onstage triumphs.

Watch the trailer at BuzzFeed. 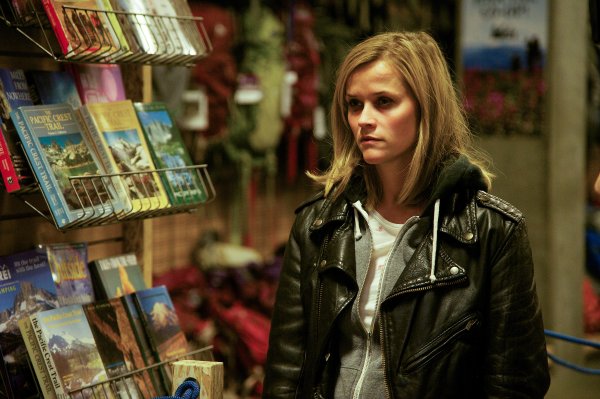 Reese Witherspoon Isn't Nice or Wholesome in Wild, and That’s What Makes It Great
Next Up: Editor's Pick