President Obama to Finally Get the Colbert Bump

Stephen Colbert will go to Washington to interview President Barack Obama for one of his last episodes.

The Colbert Report special episode,“Stephen Colbert Presents: Mr. Colbert Goes to Washington D.C. Ya Later, Legislator: Partisan is Such Sweet Sorrow: A Colbert Victory Lap, ‘014,” will be filmed at George Washington University on December 8. Obama had a cameo appearance on Colbert’s show in 2009, when he ordered General Ray Odierno to shave the host’s head for a broadcast in Baghdad.

The move marks a change of White House policy. In 2010, former White House Press Secretary Robert Gibbs told TIME he would never let Obama do Colbert, and the comedian ran a segment on the president being terrified of appearing on the show.

The Colbert Report‘s final show will take place on December 18; Colbert is leaving to take over CBS’ The Late Show next year. 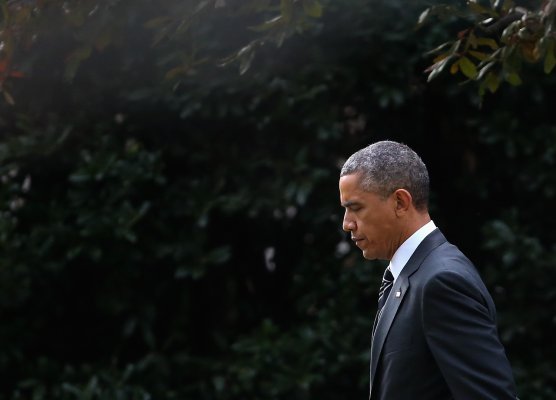 Obama Responds to GOP Pushback on Immigration Reform
Next Up: Editor's Pick