In Oakland, Calif., Niels Smith holds a sign reading "I can't breathe" on the second night of demonstrations following a Staten Island, New York grand jury's decision not to indict a police officer in the chokehold death of Eric Garner, on Dec. 4, 2014.
Elijah Nouvelage—Getty Images
By W. Caleb McDaniel

Ever since the grand jury’s decision not to indict a police officer in the death of Eric Garner, protests across the country have rallied around Garner’s final words, repeated multiple times as he was choked and restrained: “I can’t breathe.”

But we should also pay attention to Garner’s first words in the video that recorded his death: “Every time you see me you want to mess with me. I’m tired of it.” Those words point us to the past—not only to Garner’s past encounters with the police, but also to the nation’s long history of using the law to “mess with” black citizens.

That history includes the years following the American Civil War. After their defeat, citizens of the former Confederacy could no longer buy or sell black people. Still, in 1865 and 1866, Southern state legislatures quickly passed a series of “Black Codes” that hampered attempts by newly freed people to escape the control of former masters.

These postwar Black Codes redefined customary local privileges, such as hunting wild hogs, as major crimes. Local white police forces enforced criminal laws selectively, using ostensibly color-blind laws to harass and incarcerate the newly freed. Of the nearly three hundred formerly enslaved people sent to the state penitentiary in Texas between 1865 and February 1867, the vast majority were charged with theft, including George Tucker, accused of stealing twenty cents in Montgomery County. Despite his protests of innocence, Tucker was sentenced to two years in prison, as was Tom Gravys of Harris County, accused of stealing half a plug of tobacco.

Even tax codes became weapons in white Southerners’ efforts to control black citizens. Black Southerners briefly thwarted those efforts between 1867 and 1876, when Congressional Reconstruction enabled formerly enslaved people and their allies to seize control of Southern legislatures. Republican governments, elected by black voters, overturned Black Codes and strengthened public services like education. To pay for increased public spending, Republican lawmakers overhauled the antebellum Southern tax system, too, shifting the burden of financing the state to its wealthiest instead of its poorest citizens.

Yet in the mid-1870s, so-called “Redeemer” Democrats, who campaigned on white supremacist platforms, began to wrest control of Southern legislatures away from Republicans, placing the power of the law back in the hands of reactionary whites. Redeemers quickly reinstituted Black Codes, using them not only to imprison but to disenfranchise black voters. According to a 2009 article by historian Pippa Holloway, between 1874 and 1882 every southern state but one passed constitutional amendments that disenfranchised petty thieves and turned misdemeanor crimes like stealing chickens into felony offenses.

Those Democrats also made taxes more regressive, hoping to force fine-harried workers to accept any wages white employers were willing to offer. By increasing licensing fees and excise taxes that targeted black citizens, they shifted tax burdens away from white landowners and rolled back public spending on things that mattered most to the people they disenfranchised. The result, as historian Eric Foner once wrote, was that poor black laborers “bore the heaviest burden of taxation and received the fewest public services.”

For students of this history, it is difficult not to hear echoes of such stories today. Two black men lie dead after encounters with the police that reportedly began because of alleged offenses like petty theft and sales of loose cigarettes designed to evade a regressive tax. Police had already arrested Eric Garner dozens of times on a string of misdemeanor charges, all of which he planned to contest in court.

Meanwhile, last year in Ferguson, Mo., the population of the city was lower than the number of warrants, many of them for offenses like minor traffic infractions or forgetting to sign up for garbage collection. And nationally, data indicates that black citizens are more likely than whites to be arrested, patrolled, stopped, and killed by police officers, even as crime rates have declined.

Such examples of overpolicing black citizens may well appear to future historians much like the application of the Black Codes look to historians of Reconstruction today, as clear examples of one group of Americans using power to hold another group down. To prove them wrong, we the living will have to confront our own history, stretching back to the Civil War and beyond, more honestly than most of us have done in the past.

Indeed, our collective lack of historical perspective shows even when Americans from different sides of the political spectrum agree that Garner’s homicide was unjust. Earlier this week, Senator Rand Paul of Kentucky blamed high cigarette taxes for Garner’s death. While Paul has commented before on the role of racism in our criminal justice system, his and others’ focus on “big government” betrays a reluctance to grapple with our history. We cannot fix our problems without acknowledging how long “broken windows” policing has targeted black communities, or how often public spending has been vital to protecting their rights as citizens.

On the other hand, without endorsing Paul’s specific analysis or policy proposals, we should also be reluctant to declare, as some did on social media, that “it is harder to get farther from the point than arguing the cause of Eric Garner’s death was cigarette taxes.” History warns against assuming that any part of our society is necessarily far from the reach of racism. Our history reminds us that racism can work through laws, even seemingly good laws, just as it can through lynch mobs. Black citizens have been held down with physical force, but also with fines, fees and felony sentences that took away the political power to change those very things.

In view of that past, there is little, if anything, about our country and our legal system that we should not be subjecting to a critical eye today. None of our institutions stand outside of our history, not our grand juries, not our police and not even our excise tax laws. And every chapter of that history contains evidence of black Americans being harassed by both legal and extralegal means.

The nation has found countless ways to “mess with” black lives for generations, and our past ways are not dead. They are not even past. That is why Eric Garner started by saying “I’m tired,” and why so many other Americans are now shouting “I can’t breathe.”

W. Caleb McDaniel is assistant professor of history at Rice University and the author of The Problem of Democracy in the Age of Slavery: Garrisonian Abolitionists and Transatlantic Reform, which won the Merle Curti Award from the Organization of American Historians. 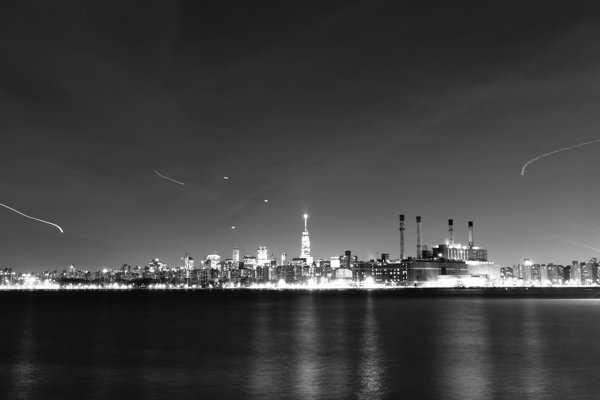 See Haunting Photos of NYPD Surveillance Helicopters Above the Eric Garner Protests
Next Up: Editor's Pick