People just aren’t stocking up on firearms the way they used to.

Gun maker Smith & Wesson said on Thursday that rifle sales dropped by more than half in the Springfield, Mass. company’s latest quarter. The steep decline is part of a 22% dip in overall sales for Smith & Wesson, according to the company’s second-quarter earnings report.

Smith & Wesson blamed the sales misfire on a drop-off in consumer demand from last year, when the fear of potential government restrictions on gun ownership led gun-owners to stockpile firearms. Earlier this year, the company warned of lower gun sales in the U.S. going forward as part of a lowered sales forecast for the rest of the year.

Smith & Wesson shares dipped as much as 4% in after-hours trading as investors reacted to the latest disappointing sales numbers from the company, which has seen its stock drop 30% since the start of the year and reported overall sales that were off by 24% in the first quarter.

Also on Thursday, Smith & Wesson reported second-quarter profits of $5.1 million, or 9 cents per share, which is down from nearly $17 million in the same quarter last year. The company’s $108.4 million in second-quarter revenue actually beat Wall Street estimates (of around $105 million), but Smith & Wesson also delivered a lower than expected third-quarter outlook. The company expects earnings in the current quarter to fall between 9 cents and 11 cents per share, while analysts were expecting 21 cents per share. 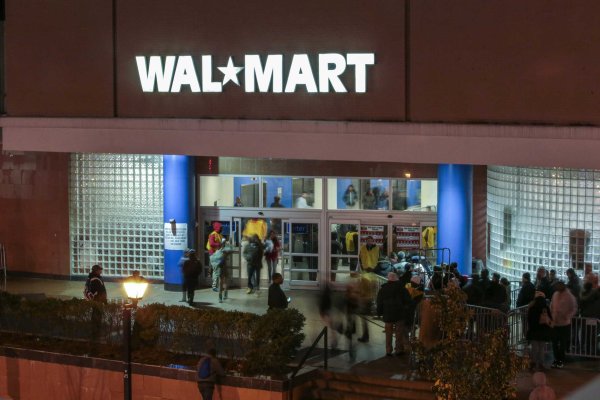