Christmas Should Not Be a National Holiday

I don’t celebrate Christmas. Never have.

I grew up in a culturally Jewish, philosophically agnostic family, and we casually celebrated Hanukkah when I was a kid. The only sign of Christmas you could find in my home was wrapping paper—either rolls of it for the gifts I’d be giving to my Catholic best friends, or torn sheets of it from gifts I’d received (no one buys Hanukkah wrapping paper for their one Jewish friend’s gift).

Christmas trees are something other people buy. I helped my neighbors decorate their tree one year—I think they invited me out of misguided pity—and I’ve spent a couple of Christmases at close friends’ and ex-in-laws’ Christmas-celebrating homes, but I’ve never felt the desire to have my own tree. When my sorority roommate, also Jewish, told me she wanted a synthetic mini-tree for our room because she’d grown up with one, my mind was thoroughly blown. My parents had taught me that only people who celebrate Christmas get Christmas trees, and that made sense to me, because why the hell would you want to buy a fake or messily real evergreen tree to display in your home for a month when it’s a symbol of someone else’s holiday? Had my roommate never read There’s No Such Thing as a Chanukah Bush, Sandy Goldstein?

I resent when people call me a Scrooge or a Grinch because I don’t embrace Christmas; I don’t jokingly call people Hitler for not getting into the Hanukkah spirit. Fully secular these days, I don’t even celebrate Hanukkah anymore, but that doesn’t mean I’ve substituted it with Christmas by default.

And yet, I get the day off; most of us do. The mail doesn’t come. Practically every business is closed. It’s a national holiday, after all.

Well, it shouldn’t be. No religious holiday should be a national, shut-down-America holiday, even if the vast majority of the country celebrates it. Those who celebrate Christmas should have to ask for the day off if it falls on a day they would otherwise be working.

Whenever I’ve expressed this opinion, I’ve received one of four replies from those who disagree (which seems to be most people). Here’s why those replies are utter nonsense.

“Everyone else gets their own religious holidays off.”

Wouldn’t that be nice?

Many people assume that religious holidays are a free day off f0r those who celebrate them, but that’s simply not the case. Although Title VII of the Civil Rights Act of 1964 states employers must “reasonably accommodate to an employee’s or prospective employee’s religious observance or practice without undue hardship on the conduct of the employer’s business,” employers are not required to let their employees take paid leave to observe a religious holiday.

Because it’s up to each employer how to handle an individual’s request for a religious holiday off (short of firing them), there are, of course, employers that do let their employees take a paid day off; but that also means there are employers who don’t. Many require employees to use one of their vacation or personal days, or to work additional hours to make up for the time off. Some just say no, claiming it would cause the aforementioned undue hardship on the business.

That’s not the same as automatically getting a penalty-free day off on Christmas just because it’s Christmas.

“America was founded on Christianity.”

I usually hear this one from the same people who didn’t know “under God” wasn’t added to the Pledge of Allegiance until 1954, when Eisenhower was freaking out about godless communists. These are the folks who think it makes perfect sense that a Christian holiday would be an American holiday, because “Christian” and “American” are basically synonyms in their eyes.

Although many of America’s founding fathers publicly called themselves Christian, several of the biggest big shots were known for rejecting many core tenets of Christianity. More accurately called deists or theistic rationalists, if you’re into pigeonholing people, most founding fathers were pro-religion (except for Thomas Paine, that adorable heathen), but there’s no proof they intended Christianity to be the national religion. I mean, hello—First Amendment anyone? (“Congress shall make no law respecting an establishment of religion, or prohibiting the free exercise thereof…”)

If the First Amendment doesn’t suffice, consider the Treaty of Tripoli (also endearingly known as the Treaty of Peace and Friendship between the United States of America and the Bey and Subjects of Tripoli of Barbary) signed by John Adams six years later. It includes some pretty rock-solid proof that the U.S. wasn’t founded, in any sense, on the Christian religion, because it literally states that “the Government of the United States of America is not, in any sense, founded on the Christian religion.”

Therefore, the not-founded-on-Christianity government shouldn’t recognize a Christian holiday as a national holiday.

“Christmas isn’t even a religious holiday anymore. Everyone celebrates it.”

This is the response I hear the most, but it’s also the response that has the most things wrong with it. Where do I even begin?

Oh, I know! Let’s go back to my sorority house.

True story. One evening, my sorority was having a Christmas-decorating party-type thing, and I wasn’t participating because, as previously established, I’m not into Christmas. At one point, I walked through the foyer while my sorority sisters were hanging garlands or whatever, and one girl, not named Virginia but we’ll call her that, asked me why I wasn’t joining in the festivities.

“Oh, I don’t celebrate Christmas,” I said, somewhat apologetically, which is the way I’d said it for years. Virginia laughed. Then she abruptly stopped laughing when she realized I might actually be serious.

“Wait, are you kidding? Everyone celebrates Christmas,” she said.

“Nope, not me,” I said. “I’m Jewish.” (I started calling myself agnostic a few years later. I tried to make Ashkenostic — a portmanteau of Ashkenazi and agnostic — happen, but it didn’t catch on.)

“Right, but you’re still a Christian,” she said.

“No…?” I replied, completely confused.

“Like, how Catholics are still Christians,” Virginia explained (if you can even call it explaining). “It’s just a different version of Christianity.”

She went on to say that she’d been taught that all religions fall under the umbrella of Christianity (though I don’t actually recall her using the umbrella metaphor). I told her as non-condescendingly as possible that’s not how it works, wondering how a woman could reach her senior year of college not understanding the basic differences between major world religions.

“So what you’re saying,” she slowly, almost fearfully uttered, “is that Jesus is not your lord and savior?”

Yes, Virginia, there are some people who never believed in Santa Claus. Not everyone celebrates Christmas.

A lot of people celebrate Christmas, though. A lot of non-Christians, in fact. Many engage in Christmas-y stuff, like the whole opening-presents-around-the-tree-on-December-25th thing; and I realize traditions like that aren’t religious ones and that Christmas trees might be a Pagan thing and blah, blah, blah, so therefore Christmas isn’t even religious anymore, right?

Tell that to the millions of people who still very much believe in the original meaning of Christmas, to the people who would have assured Virginia that Jesus Christ is, in fact, their lord and savior. I may not believe what they believe (no offense, JC, if you’re reading this), but I respect their beliefs in such a way that I don’t feel comfortable partaking in the traditions related to this holiday, no matter how far they’ve strayed from the biblical origins.

“Just enjoy your time off.”

Don’t tell me what to do! You’re not the boss of me. But I actually did have a boss who more or less said that when I realized a loophole in the company vacation policy.

A couple jobs ago, I was told that employees get two weeks of paid vacation. OK! But it wasn’t until late fall of my first year with the company that I realized one of those weeks had to be taken the week between Christmas Eve and New Year’s Day. It was mandatory. Because why wouldn’t anyone want and/or need that week off?

I was pissed. I wanted to decide when to take my vacation days, not have them dictated to me because the boss had previously found that most people were using theirs for that particular week.

Have I managed to enjoy my Christmas day off over the years? I guess. Movies and Chinese food are a cliche I know intimately, though not very enthusiastically. But ultimately, Christmas is a waste of a day off for me and many other people who simply don’t celebrate it, and this religion-based holiday should not be a national one, no matter how many people do celebrate it.

Marci Robin is a contributing editor at xoJane and lives in Brooklyn. 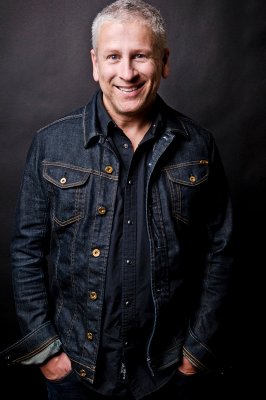 Why This Evangelical Pastor Wants to Bring Back Advent
Next Up: Editor's Pick