Why You Should Be Ashamed of Yourself for Hate Watching 'Peter Pan Live!'

From left to right: Allison Williams as Peter Pan, Christopher Walken as Captain Hook, Christian Borle as Smee.
Virginia Sherwood—NBC
Ideas
By Brian Moylan
Brian Moylan is a writer and pop culture junkie who lives in New York. His work has appeared in Gawker, VICE, New York magazine, and a few other safe-for-work publications.

On Tuesday night, I noticed a tweet from a writer friend in my timeline. “I’m watching Girlfriend’s Guide to Divorce and…I don’t hate it…AMA.” The joke, other than the “ask me anything” trope, was that he was watching Bravo’s first scripted show in the anticipation of hating it and, it turns out, found it to actually not be that bad.

This is the problem with hate watching, the Internet’s new favorite past time. Anyone with basic cable and a Twitter account knows the drill, where you watch something – especially a movie event, a live program, or an awards show – just so you can joke along with all your friends about how awful it is. It’s so popular that even Allison Williams, the star of NBC’s Peter Pan Live!, which airs Thursday night, knows that plenty of people are tuning in just to make cruel cracks about her performance.

“Watch it the way you watch everything, watch it critically, do whatever you want,” she tells Vanity Fair. “But even if it’s just secretly, go along for the ride.”

Williams picks out the major problem with hate watching pretty quickly, that people will be tuning in under the assumption that it’s going to be bad and they’re going to make fun of it no matter what. That’s kind of sad. Sure, The Sound of Music Live!, Peter Pan’s predecessor in hate watching, had some technical troubles and wasn’t the best thing in the world. But Peter Pan Live! deserves to be judged based on its own merits – or lack thereof.

Part of the reason why anyone tunes into a live broadcast on television is to see if people mess up. It’s like watching Saturday Night Live to see if the actors break character, NASCAR to see the crashes, or a Mariah Carey Christmas concert performance for her voice cracking. That’s only natural and, if it happens, I think it’s fine for there to be dozens of GIFs of the gaffe all over Tumblr within seconds. But as for the overall quality of a program, shouldn’t we wait to actually see if it’s going to be awful before making up our minds? As Williams says, can’t we go along for the ride?

Going into a show you’ve never seen before with 140-character bursts of vitriol in your soul is the worst kind of prejudice. No matter how good Peter Pan is, no matter how many high notes Allison Williams hits, no matter how many soft shoes Christopher Walken does as Captain Hook, people are going to laugh and jeer. That is the worst sort of critical failure. It’s like adoring every single one of Beyoncé’s songs because The Beygency might get you. There are good and bad things about every performance, song, and wig (yes, Allison Williams, I’m looking at yours) but caving to lousy preconceived notions before even tuning in is the worst sort of cynicism that Internet culture has to offer. There’s no defense from that. No matter how good the show might be, people have already tried, convicted, and sentenced it.

Peter Pan Live!, of course, is meant to be an event and consumed with social media. That’s the only way networks can figure out how to get a surge in viewers these days, and I wouldn’t be surprised if we have to get #Tinkerbell trending in order to save her life at the beginning of the broadcast. It’s like the 21st century version of clapping to show you believe. Programmers are relying more and more on the “second screen experience” to get ratings, but that doesn’t mean our tweets have to be bad-natured.

As Pollyanna-ish as NBC is, the networks are as much to blame for this rise in hate watching as the fans. Some people have expressed that they think Peter Pan Live! is intended to be hate watched, and they’re not entirely wrong. While it seems like this musical is sincere in its intention to amuse the masses, there are certainly plenty of other TV movies that are made with the intention of being torn down.

SyFy has seen tremendous success with their burgeoning Sharknado franchise, whose popularity is built on people’s outlandish reactions to its foibles on social media. Sharknado is winkingly awful though, wallowing in its campy plotting and riding the wave of social media scoffing all the way to the bank.

Lifetime isn’t as postmodern about using this tactic. Their intentionally awful but not winking biopics about things like Saved by the Bell, Aaliyah, and Brittany Murphy lure you in with the promise of something good but, based on the Lifetime brand, audiences are predisposed to it being absolutely wretched. (Since we’ve already brought up bad wigs, can we talk about the one in the Brittany Murphy movie?)

Hate watching is now an actual strategy that some channels use, so when something like Peter Pan Live! comes along, we can’t help but feel like it’s the same bait. It is not. Even those shows meant to be ridiculed should be critically considered by the audience based on their achievements. Sharknado 2, while not going to change the course of cinema, was at least enjoyable in its own tongue-and-cheek way. Does that make it good? Maybe it does. (But it probably doesn’t.)

I’m not saying we can’t hate watch things. Nothing gives me more pleasure than going on a 20-minute tear about how absolutely horrendous The Newsroom is. But that is information based on watching several episodes of the show over several seasons. It is not, like so many people’s feelings about Peter Pan Live!, an initial impression based on nothing.

We don’t have to like everything. Heck, we don’t even have to like most things. But I think it’s the responsible and intelligent thing to at least keep an open mind and wait for some actual evidence before making up our minds. And, hey, if Allison Williams can’t hit those high notes – then #HaveAtIt. 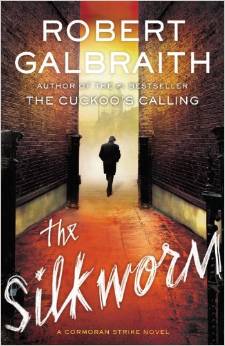 Survey: Readers Prefer Books Written by Authors of Their Own Gender
Next Up: Editor's Pick