The onslaught of sexual assault allegations against Bill Cosby has clearly shaken the comedy community.

“I was very upset, very upset. Still upset. I don’t know what to make of it, but it’s just upsetting,” said Seinfeld, 60.

More than a dozen women have come forward, claiming that Cosby, 77, star of The Cosby Show, drugged and sexually abused them. Cosby has denied the allegations through his lawyers, and in November, attorney Martin Singer released a statement on Cosby’s behalf, saying, “These brand new claims about alleged decades-old events are becoming increasingly ridiculous.”

Cosby, of course, has performed and worked with many comedians in the industry.

The 2002 documentary Comedian, about Seinfeld’s stand-up comedy, ends with him seeing Cosby performing stand-up and commenting on Cosby’s form and dedication.

Seinfeld and Chris Rock – the star of Top Five – also presented Cosby with the Mark Twain Prize for American Humor in 2009.

Rock’s reaction has been similar to Seinfeld’s.

“I don’t know what to say. What do you say? I hope it’s not true,” Rock, 49, told Vulture recently. “I grew up on Cosby. I love Cosby, and I just hope it’s not true. It’s a weird year for comedy. We lost Robin [Williams], we lost Joan [Rivers], and we kind of lost Cosby.”

Cosby on Tuesday broke his silence about the allegations, Tweeting messages of thanks to Whoopi Goldberg and Jill Scott, who have publicly supported him.

But then things got worse on Wednesday, as three more accusers stepped forward and demanded that Cosby create a $100 million in a fund for his alleged victims. 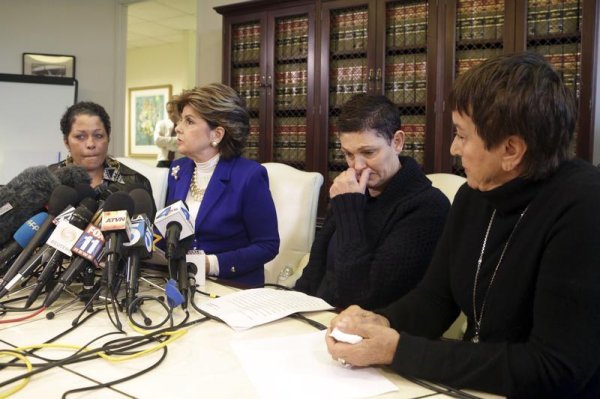