Richard Combs the former police chief and sole officer in the small town of Eutawville listens in court on Dec. 4, 2014, in Orangeburg, S.C.
Larry Hardy—The Times and Democrat/AP
By Josh Sanburn

—TheA white former police chief in South Carolina was formally charged in the 2011 shooting death of a black man in a town hall parking lot Wednesday, the same day a New York grand jury declined to indict a white NYPD officer in the death of a black Staten Island man, sparking widespread protests.

A South Carolina grand jury indicted Richard Combs, an ex-police chief who fatally shot 54-year-old Bernard Bailey during a confrontation near town hall. Combs was the only officer in Eutawville, S.C., a population of about 300 people.

(MORE: Behind the Video of Eric Garner’s Deadly Confrontation With Police)

According to the Associated Press, Combs attempted to arrest Bailey in May 2011 after he went to the Eutawville town hall about a broken-taillight ticket given to his daughter. The two got into a fight and Combs shot Bailey while he was in his truck. In 2013, Combs was indicted for misconduct in office, a lesser charge.

Both grand juries decided there was insufficient evidence to convict the officers involved. Combs’ lawyer questioned the timing of the murder charge and claimed that prosecutors were merely trying to piggyback off national outrage over the deaths of Brown and Garner. 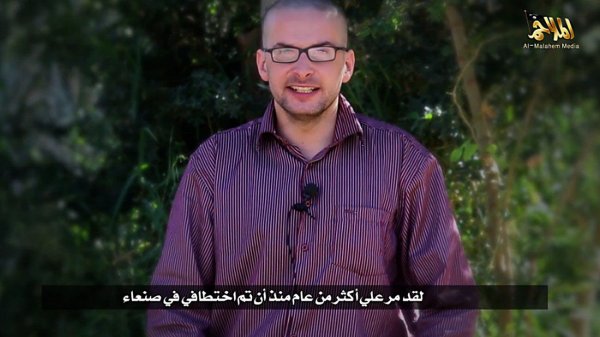 U.S. Attempted to Rescue Al Qaeda Hostage in Yemen
Next Up: Editor's Pick