How NFL Players Stay Warm During the Coldest Games

Minnesota Vikings offensive player Jerick McKinnon breaks away from Chicago Bears defensive player Lance Briggs as snow falls in the first half of their game at Soldier Field in Chicago on Nov. 16, 2014.
Tannen Maury—EPA
By Sports Illustrated / Tim Newcomb

You can have all the high-tech warming gear you want—and we’ll get to that, don’t fret—but sometimes nothing keeps a NFL player warm quite like some good old-fashioned Right Guard deodorant.

With players looking for any edge during the cold weather portion of the season, how to keep feet and hands warm is, well, a hot topic. Spraying Right Guard on your feet can keep them from perspiring as much—and less sweat means less moisture in your socks, moisture that cools and can even freeze.

A former NFL equipment manager says that while a lot of guys are skeptical of the old-school trick, they all love it when they try it. Of course, adding heated insoles creates some extra (cushy) warmth as well.

The skill players, though—those hands-on guys—want a little something extra for their fingers. The next time you see a player pop his hands into a muff, chances are good he has a chemically activated heat pack in there.

When exposed to the oxygen in the air, the pack is activated and warms to a comfortable level. Over the course of a frigid game, teams go through hundreds of these packs, which are used by both coaches and players.

For the rest of the body, players turn to thermal-regulating baselayer clothing. While a variety of companies offer variations on cold-weather workout gear, including Under Armour, Adidas and others, Nike has the contract with the NFL for all uniforms, sideline gear and baselayer equipment. So you’ll see only the Swoosh—within the rules, anyway—in the NFL.

New this year, Nike created what it calls the Hyperwarm Flex, which goes with the company’s Pro Combat line for insulation and warmth in the toughest of climates. Using seamless welding construction, Nike can more easily map out the zones of the body and then build in the right fabric combinations for specific areas.

The Hyperwarm Flex comes as a top-and-pant combination with breathable mesh in some places so the body can release heat, knitted panels in the shoulders, elbows and knees for flexible movement and a Dri-Fit Max fabric across the rest to wick moisture away from the body to keep the player dry. A dry player—whether kept that way through moisture wicking or with an application of Right Guard—is a warmer player.

Even against a mixture of tricks for trying to stay warm, the tough weather in Green Bay, New England, Denver, Baltimore and many other locales can still easily win. That’s why you see players sitting on heated benches or standing in front of hot-air blowers.

The most popular bench heater in the NFL uses hollowed fiberglass benches and pumps heat in through blowers at 170,000 BTUs. These benches include a tray that slides out and allows the blowing air to shoot up and fill a player’s parka. Those little posts on the back of the bench to hang your helmet are for more than decoration. They get heated too, keeping the air-filled bladders in the helmet warm and soft.

For a little extra heat, teams also use kerosene-powered blowers that pump heat out at up to 600,000BTUs. With a pair of those, each at the 30-yard line blowing in, teams can keep the bench area near 50 degrees, even when the rest of the stadium—and poor, poor fans—endures below-freezing temperatures.

So far the players have gotten all the warmth, but the fields get a little too. Lambeau Field was the first stadium to heat its playing surface, now a practice across the Northeast. Commonly the fields—either natural grass or artificial—have hydronic heating systems buried six inches to a foot under the surface to keep soil temperatures above freezing with the flow of a heated water and chemical mixture.

Each team uses the system slightly differently, with Lambeau Field’s head groundskeeper keeping his system at a still rough-and-tumble temperature of 38 degrees, just enough to keep players safe from a frozen field, while in Baltimore and Denver, expect the turf to rise to over 50 degrees. In Philadelphia, the turf has been known to reach 60 degrees.

And, oh, one little tip on the cold weather: Those kerosene heaters can melt nearly anything in its path if you get too close. 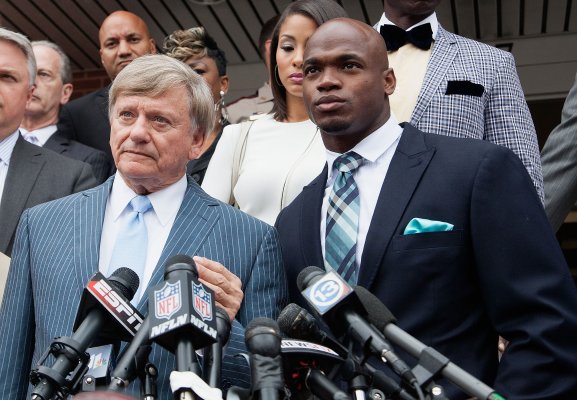