Why a Medical Examiner Called Eric Garner's Death a 'Homicide'

New York City police officer Daniel Pantaleo killed Eric Garner on July 17 when he grabbed him by the neck and, with other officers, threw him to the ground and pinned him there. But did he commit homicide? And if so, was it a crime?

Everyone from Charles Barkley to Judge Andrew Napolitano has weighed in with an opinion on the matter. The resulting confusion has the potential to take the hard, painful question of equal justice in America and make it harder and more painful.

The key to clearing up the confusion is to understand the difference between two uses of the word “homicide” and to focus not on the medical cause of Garner’s death but on Pantaleo’s behavior.

On Aug. 1, a New York City medical examiner determined that the cause of death in the Garner case was “homicide,” specifically the neck compressions from the Pantaleo’s chokehold and “the compression of [Garner’s] chest and prone positioning during physical restraint by police,” according to spokeswoman, Julie Bolcer.

But “homicide” in this context doesn’t mean what you think. It’s one of five categories medical examiners use to label causes of death and it indicates that “someone’s intentional actions led to the death of another person,” says Gregory G. Davis, president of the National Association of Medical Examiners. The other four labels are suicide, accident, natural, and undetermined, Davis says.

Criminally negligent homicide, on the other hand, is a class E felony in New York State. Someone who commits it can go to jail for around one to four years. A lot of things are class E felonies in New York State, like arson, computer trespass, auto stripping and residential mortgage fraud.

Was Pantaleo criminally negligent in killing Garner? He was, according to New York State law, if he failed “to perceive a substantial and unjustifiable risk” that Garner would die from his actions, and that failure was “a gross deviation from the standard of care that a reasonable person would observe in the situation.”

Nobody should dispute that Pantaleo committed homicide—that fact was determined Aug. 1. Was Pantaleo’s behavior a gross deviation from the standard of care that a police officer should take when confronting an unarmed father of six whom he suspects may have been selling cigarettes illegally? Napolitano and many others who have watched the video of Garner’s killing think Pantaleo’s behavior was criminally negligent. The Staten Island grand jury apparently did not.

As to the confusion about the different uses of “homicide,” why don’t medical examiners try using a different word to indicate someone has killed someone else so that it doesn’t get mistaken for a legal judgment?

“There are only so many words that we have,” says the National Association of Medical Examiner’s Davis. 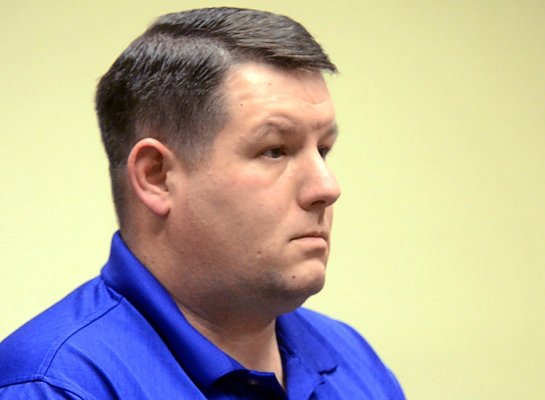