Why Smoking Causes Cancer In More Men Than Women

Men who smoke may be at greater risk for lung cancer than their female counterparts, according to a new study in the journal Science.

That might be because smoking reduces the number of Y chromosomes in blood cells. Previous research has shown that when blood cells lose Y chromosomes, which are only present in men, cancer is more likely to develop. While the precise relationship between Y chromosomes and cancer remains unclear, Y chromosomes are thought to play a role in tumor containment.

The study, led by a team at the Uppsala University in Sweden, examined data on several factors that might have led to a loss of Y chromosomes, including age, exercise, diabetes, cholesterol, education and alcohol. Smoking and age were the only factors associated with loss of Y chromosomes in the more than 6,000 men evaluated.

The study also provides some hope for men who want to quit smoking. Y chromosomes return to the blood cells of men who stop the habit, the study found.

“These results indicate that smoking can cause loss of the Y chromosome and that this process might be reversible,” said lead study author Lars Forsberg in a press release. “This discovery could be very persuasive for motivating smokers to quit.”

The American Cancer Society expects lung cancer to kill nearly 160,000 people in the United States in 2014, more than any other cancer. 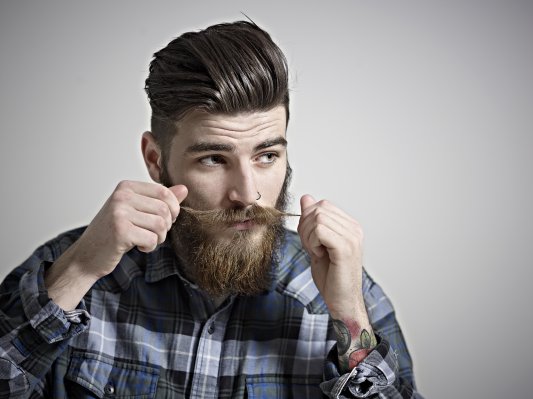 This Is How Much Movember Raised This Year
Next Up: Editor's Pick