Watch All of the 2014 Movie Trailers in One Glorious Mashup

The Sleepy Skunk has just released the annual movie trailer mash-up and everything from Boyhood to Birdman to The Lego Movie, Guardians of the Galaxy to The Imitation Game, Lucy to Annabelle to Belle is included in the mix. Even films not in theaters yet are represented, including Tim Burton’s Big Eyes and the assassination comedy The Interview, raising the ire of North Korea.

Boasting a soundtrack made up of Dario Marinelli’s score from V for Vendetta and songs by The Prodigy and OneRepublic, the trailers are seamlessly woven together to not only remind viewers of the individual films seen this year, but also of everything we watched on the big screen in 2014. It’s a mesmerizing step back to see the greater whole of the stories we were told this year.

Whether you’re working on a year-end list (here’s TIME’s list of the best movies of 2014), or trying to get a jump start on your Oscar ballot, the video takes you on a helpful, fascinating and beautiful stroll down movie memory lane. 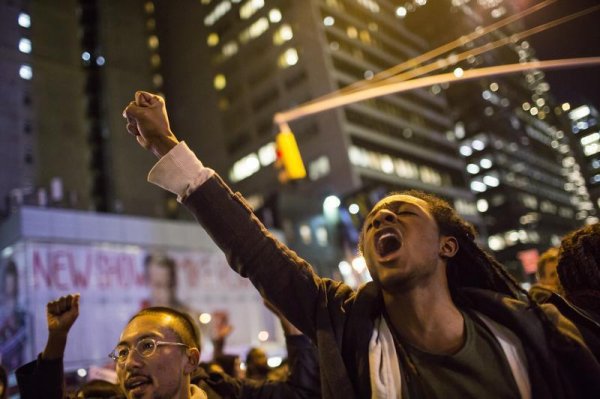