Gabrielle Union: Bring It On Cheers Come Back Like 'Muscle Memory'

What happens when the cameras stop rolling on reality television? Gabrielle Union busts some behind-the-scenes myths as she plays a Bravo reality star in the new film Top Five, which Chris Rock wrote, directed and also stars in.

TIME caught up with the actress last month to talk about wedding planning, her favorite rappers and what the film, which hits theaters Dec. 12, gets right about celebrity.

TIME: How do you prepare for the role of a Bravo housewife?
Gabrielle Union: Well, I didn’t look at the Housewives — she’s written as having created this empire off of her show with her sisters. I know a few big reality TV stars, and I knew them before they became big reality TV stars. What I wanted to show with Erica was their intelligence and their power and the fact that they are not being lead around by the nose. They are taking an active role in shaping and creating and expanding their image and their brand. These are no shrinking violet dingbats! I wanted to give her a little more depth and a little more power than people assume reality stars have.

So you’re not on the couch marathoning TV like, “Go away, I’m researching a role here!”
I don’t watch a ton of TV! My version of reality TV is House Hunters or like, Property Brothers on HGTV. Or First Take on ESPN. It gives me anxiety! I’ve known a lot of these people before they get on the shows, so I like to think of them in their real life, not their reality TV version. I gave Erica what I take away from my friends who’ve become these big reality stars — who they are in real life, not really so much who they are on screen. I made her very aware of who her audience is and what the demand is about her life, and then I just made made her a savvy, maybe mildly manipulative businesswoman.

In one scene, Erica tells Chris Rock’s character, Andre Allen, that the reality show is all she is. Is there a dark side to reality TV?
It’s the darker side of all of us. So many of us attach our self-worth through being chosen. With some reality TV, it’s being chosen publicly by a man the world has deemed worthwhile. With your work evaluation, you want to be acknowledged and recognized and chosen for praise in a public setting. You want all of your coworkers to know, I did the work on that presentation, I cultivated these relationships. It springs from this natural thing we all have: choose me, pick me, validate me.

It sounds like you know this world well, but was there anything you were surprised to learn about reality TV as you got into this character?
The fear of it all going away. We don’t think about what happens to the Housewife that gets kicked off for not being combative enough. Oh, she got called boring, why? Because she didn’t flip a table or attack her co-stars? I’m more interested in what happens to her after she goes back to real life. I’m more interested in the runner-up on America’s Next Top Model. You’ve had a taste of it, you get a bit of the fame, a bit of the adulation — what do you do to extend that? And what if it doesnt work? Those moments where Erica realizes, “If he doesn’t go through with this wedding, the expansion of my brand, me being chosen publicly in this wedding setting by this famous man, who am I?” It made me think of the questions I always have: damn, what does happen to people once the show goes off or the new cast goes on? Do they not count anymore if we’re not voting for them on American Idol? It takes you to the highest heights, and you want to stay there. But what happens when you don’t get to stay there? The fear that is trying to work overtime to keep you there has to be crippling.

Top Five draws from the real lives of working celebrities. Which parts ring true?
There’s so much that didn’t make it. To me, one of the most poignant parts of the film actually ended up on the cutting room floor, and I’ve been begging Chris to put it back in on bonus footage. He talks about, “Nobody says anything about Beyoncé upgrading!” There’s some guy from the Fifth Ward in Houston that she left behind. Or the guy that Oprah dated before she was with Stedman. Nobody said anything about Oprah upgrading! But when a man tries to upgrade? It’s so timely and so poignant.

There’s so many moments that ring true. Me and Chris met last month at Mercer Kitchen. We’re just having lunch because we’ve been friends for a thousand years. I was staying at a hotel nearby. Chris was like, “I’ll drop you off,” and I was like, “You know what? I’m going to walk. It’s actually really nice.” He’s like, “I’ll walk you.” His driver is like, “You’re gonna walk?!” It was just like in the movie. The guy didn’t know what to do because Chris obviously never walked! We’re walking the streets of SoHo and get totally turned around. The paparazzi is following us the whole way, and we have to actually ask the paparazzi how to get to where we’re going. It’s such a moment from the movie.

That’s a great story.
This was so crazy. As we’re walking the paparazzi is like, “That’s not your husband!” I’m like, “No, it’s my co-star in the upcoming film Top Five.” If we were going to be trying to do something on the low, do you think we’re going to be walking the streets of SoHo on a saturday? Come on, dude!

Speaking of: Your character is obsessed with planning her wedding. Were you the same when you got married [to NBA player Dwyane Wade] earlier this year?
Not at all, but my husband was. We called him Zilla because he was a Groomzilla. It’s funny, because all the guys in his group of friends were all ‘zillas. They were really into it. They all very much cared about place settings and the music and the food. All of them micromanaged. I was like, you guys need to do a reality show about celebrity ‘zillas. Because they’re assuming it’s us, and it’s so not. If it was up to me, we’d have a pony keg and red cups. But that was his dream day, his princess moment, and he ran with it. It turned out to be perfect, but I can’t take a ton of credit.

In the movie, Andre asks everybody who their top five favorite rappers are. So I have to ask: who’s your top five?
I have a real top five rappers, and then I have the approved list that makes me sound like a hip-hop head. I’m supposed to say KRS-One, Nas, Gang Starr, Scarface and Tupac. Those are the approved make-me-sound-super-intelligent ones. My real top five is DJ Quik, Too Short, Eazy-E, Tupac and Biggie.

Bring It On turns 15 next year. Do you still remember the cheers?
I don’t remember the choreography. What’s crazy is every Halloween there are groups of people who go as the Compton Clovers and the Toros, and they do the routine when they get to the party or on the streets. I’ve run into these groups of people dressed as [my character] Isis from the Compton Clovers, and they want me to join in. I’m like, “First of all, I did that movie about 15 years ago, I don’t remember the choreography!” But they will flank me, and magically it comes back. It’s like muscle memory. I go right back to San Diego, filming the movie, and I remember!

I was almost afraid to ask about Bring It On, because Andre spends the movie trying to get out from the shadow of his old roles.
It’s weird, I always assume, depending on who’s coming up to me, if they’re Bring-It-On-ers or if they like this movie or that movie. I think because of iTunes and Netflix and people being able to see things now on cable, I can’t tell Bring-It-On-ers anymore. They come in all shapes and sizes, colors, ages, versus the people who like Bad Boys versus the people who like Deliver Us from Eva. Or the small part I did in Two Can Play That Game. I get the most random line readings! I’m like, “You saw that? That’s the one you like?” Movies nobody saw! Chris Rock always references Neo Ned, and I’m like, “Chris, you and my mother were the only people who saw that movie!” I’m happy. I’m glad that I’ve done something people give a sh-t about. I hope you watch some of the new stuff too, but I’m proud of everything I’ve done. So I’m glad it left an impression. 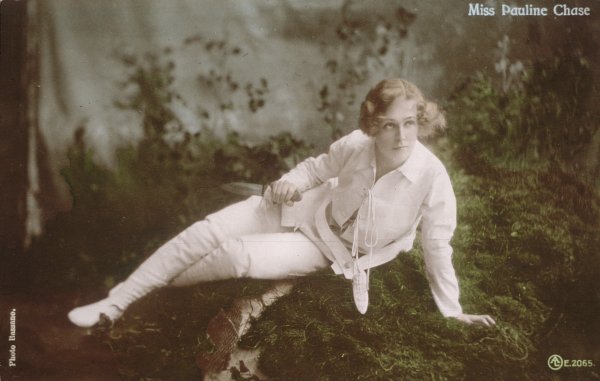