Immigration reform is a threshold issue for most Hispanic voters, a new poll out Thursday finds, putting the Republican Party at a disadvantage heading into 2016.

The poll conducted by Democratic and Republican pollsters for the Michael Bloomberg-backed immigration reform group Partnership for a New American Economy, finds broad support for immigration reform among the Hispanic community, in particular providing a path to citizenship for the more than 11 million immigrants living in the U.S. illegally.

The poll confirms many Republicans’ worst fears, including the party’ own autopsy into the 2012 election results which warned that the GOP “must embrace and champion comprehensive immigration reform” in order to win national elections. House Republicans blocked a bipartisan Senate-passed comprehensive immigration reform bill this Congress, and the prospects of a similar bill passing in the Republican-controlled Congress beginning in January are slim to none.

Illustrating the problem for the GOP was a hypothetical matchup between a liberal candidate opposed to immigration reform and a conservative candidate who supports it. While Hispanic voters have consistently voted with Democrats, 51 percent of those polled said they would support the conservative who supports immigration reform, compared to 31 percent who would support the liberal. In practice, Republicans won’t have that opportunity, with likely Democratic front-runner Hillary Clinton supporting comprehensive immigration reform.

Jeb Bush, the former Florida governor, is the most outspoken potential Republican candidate on immigration issues, but his calls for reform have put him out of step with his party’s primary voters. Florida Sen. Marco Rubio, who backed the Senate immigration bill, has since cooled on the issue. Other Republicans have either remained silent on immigration issues or opposed immigration reform efforts.

The poll found that jobs and the economy are still the most important issues for Hispanic voters at the polls, but that opposing immigration reform could be an immediate disqualifier for a candidate.

Nearly twice as many Hispanic voters in the battleground states of Arizona, Colorado, Florida, North Carolina, and Nevada would vote for the Democratic nominee over the Republican, 52 percent to 28 percent, if the 2016 Presidential election were held today, with former Secretary of State Hillary Clinton holding even larger margins in head-to-head match-ups with likely Republican candidates.

The poll was conducted by The Tarrance Group and Bendixen & Amandi International nationally and the five battleground states from November 16-18 and surveyed 1,684 Hispanic voters. The poll has a margin of error of ± 2.45 percent.

The poll results are below: 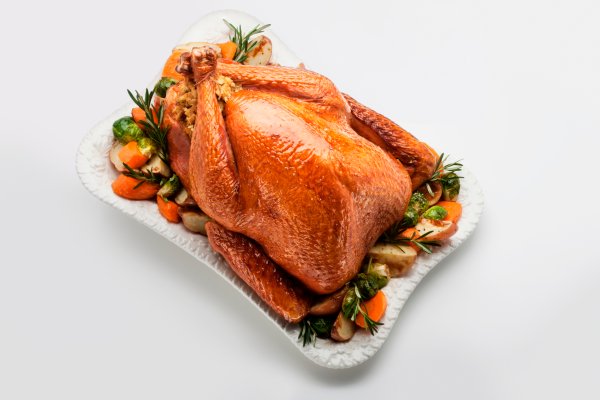 How to Argue About Immigration Over Thanksgiving
Next Up: Editor's Pick