Next year’s Sundance Film Festival, set to begin Jan. 22 in Park City, Utah, has announced an impressive slate of films featuring stars ranging from Kristen Wiig and Sarah Silverman to Nicole Kidman and Chiwetel Ejiofor. Ejiofor, the actor best known for 12 Years a Slave, may be in the festival’s most-anticipated film, the post-apocalyptic drama Z for Zachariah; he plays one of two male survivors of a cataclysmic disaster competing for the affections of what may be the last woman on earth. (The other stars are Chris Pine, in the midst of a mini-career-renaissance that includes Into the Woods, and The Wolf of Wall Street star Margot Robbie.)

Films joining Zachariah in the U.S. dramatic competition include I Smile Back, starring Sarah Silverman as a depressed suburban mother; Results, the “mumblecore” director Andrew Bujalski’s take on personal training; and Billy Crudup and Ezra Miller in a dramatization of The Stanford Prison Experiment. The world cinema dramatic competition features Kidman in Strangerland, an Australian film about the disappearance of two teenagers in the desert, as well as Vincent Cassel in Partisan, about a father-son duo in which the son is a trained assassin. Meanwhile, the documentary competition features looks at the lives of peace activist Barry Crimmins (Call Me Lucky), of AIDS activist Larry Kramer (Larry Kramer in Love and Anger), and of restaurant critic Jonathan Gold (City of Gold). The full slate can be found here.

Sundance is famous as a launching-pad for independent films: This year, Obvious Child, The Skeleton Twins, Whiplash, and Love is Strange, among others, all screened at the festival; past acquisitions from the fest have included Oscar-nominated films like Beasts of the Southern Wild, Winter’s Bone, and Man on Wire. While we’ll have to wait to see how the films are received, anyone looking for a breakout star at the 2015 festival could look no farther than Kristen Wiig, who’s had mixed success redefining herself as a seriocomic actress since Bridesmaids. Wiig’s two projects at the festival, the period tale The Diary of a Teenage Girl and Nasty Baby, about a gay couple enlisting their female friend to have a child, both have promise that could evaporate into a puff of quirk, or could result in the sort of breakout Sundance has a history of enabling. 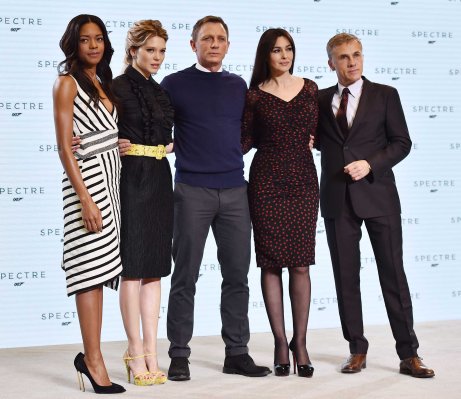 New James Bond Film Gets Title and Cast
Next Up: Editor's Pick