The Pryor paradox: Onstage he was incisive and vulnerable; offstage he tormented anyone who got too close.
Paul Hosefros–The New York Times/Redux
By Lev Grossman

You couldn’t call Richard Pryor’s childhood Dickensian. Dickens wouldn’t have lasted 10 minutes on the mean streets of Peoria, Ill., in the 1940s. Pryor spent much of his first 15 years in brothels there; prostitution was the family business. “I saw my mother turn tricks for some drunk white man when I was a kid,” he once told an interviewer. “I saw my father take the money, and I saw what it did to them.” His parents fought constantly, and physically, until they split up when Pryor was 5. His father and grandmother beat him viciously. At about age 6, he was sexually abused by an older boy in an alley. The fact that Pryor became anything other than a casualty of racism and poverty is amazing. The fact that he made comedy out of his life is a miracle.

The extent to which Pryor’s nightmarish childhood both made him and broke him has never been more painfully clear than in Becoming Richard Pryor, a sharply observed new biography by Berkeley professor Scott Saul, who lays out the case that Pryor was not only a comic genius but also “a bellwether of the great changes that defined postwar American life, some of which he helped incite.” American culture seems to be reconsidering the flawed and messy lives of its comics: Bob Hope got an excellent new biography this year, from TIME contributor Richard Zoglin; Bill Cosby got both a biography and a resurgence of damaging allegations of rape. We’re being reminded that comedy and tragedy are connected at the root.

As a child, Pryor was timid and wide-eyed: he watched everything and forgot nothing. An indifferent, alienated student, he bounced from school to school, evolving a sense of humor as a defense. He got his first big break from a sixth-grade teacher who gave him 10 minutes on Friday afternoons to perform for classmates, provided that he arrived at school on time. The genius had found his medium.

Pryor didn’t just perform stand-up; he was stand-up. His routines were a way for him to try out different selves, manically cycling from character to character, looking for a persona that could give shape to the emotional chaos inside. In his early years, he tried to mimic the smooth, relatively anodyne Cosby, but his inner life was too jagged, and it kept breaking through. Throughout his career, Pryor built up styles and personas only to tear them down out of rage at their inauthenticity. “But when you’re on and rolling,” he is quoted as saying, referring to his album … Is It Something I Said?, “nothing that I’ve ever touched comes close.”

And he touched a lot, mainly coke and alcohol. What was creative onstage was brutally destructive offstage. There is no flattering angle from which to view it: Pryor beat up the women in his life and neglected his children. Fidelity never even seemed to occur to him–when his second wife brought their baby home from the hospital, she found him in bed with the housekeeper. His sexual politics were as backward as his racial politics were progressive: “I’m the man, and I’m in charge. That’s the way I am, and every woman that is mine will do what I say, my way.” Saul wisely doesn’t try to reconcile the paradox.

Becoming Richard Pryor takes us only up to 1979, the year his triumphant Live in Concert film was released, and covers his decline toward self-immolation, in 1980, and death from a heart attack, in 2005, in an epilogue. But it gives us a riveting, frequently upsetting view of an artist wrestling with demons and the limits of his medium, fighting for a voice that was emotionally raw and politically radical. Pryor puts it better than any biographer could. “I never thought about not making it,” he told an interviewer in 1967. “But the ‘it’ has nothing to do with show business. The ‘it’ I’m trying to make is me.” 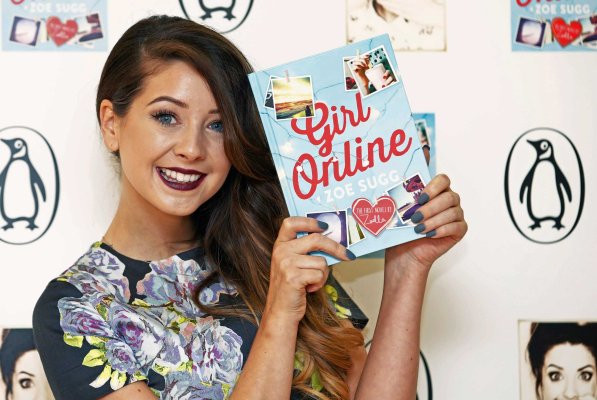 Meet The 24-Year-Old Blogger Who Just Smashed Sales Records With Her Debut Novel
Next Up: Editor's Pick