These College Majors Have the Hardest Time Paying Off Student Loans

Most college students pick their major based on their talents and their interests, not on how easily that major can help them pay down their student loans. Maybe it’s time to rethink that.

A new study breaks down exactly how hard it is for former students to pay off their student loans based on what their chosen major. While some of the results are predictable, the research sheds new light on exactly how tough it can be for new grads in certain fields. The Brookings Institution’s Hamilton Project crunched the numbers on more than 80 different majors to determine how much graduates typically earn right out of school as well as a decade later, and how that affects their ability to pay off their student loans.

At the median, someone with a bachelor’s degree earns $27,000 right out of school, but some majors make considerably less, with a number earning under $20,000. “In the first year of the career, when earnings are at their lowest, graduates from several majors in the arts and humanities would need more than 20 percent of their earnings to service their loans,” the report says.

The list of majors who have to put the highest share of their income towards their loans in the first year after graduation is an eclectic one. “Graduates in drama and theater face payments of 24% of their earnings during the first year of repayment,” the study says. In addition, those with degrees in health and physical education, civilization, ethnic studies, composition, speech, fine arts and nutrition and fitness studies pay the highest percentage of their earnings towards student loan repayment in their first year out of school.

The vast majority — 66 of the 81 majors examined — will have to funnel more than 10% of their first-year earnings towards their student loans. Even grads with degrees in business and math initially have to spend 12% or more of their earnings servicing their debts.

The study also takes a look at how fast graduates’ income rises after graduation. Some of the majors with the lowest initial starting salaries see the fastest increase, largely because starting salaries are initially so low. Many graduates, even those who start out paying a high percentage of their income towards their debts, see that percentage fall quickly. “Earnings grow quickly for graduates of almost every major and especially so for those who start with the lowest earnings,” the study says. By the sixth year of a 10-year payment plan, only a handful of majors are paying more than 10% of their income in debt payments.

Those low incomes right after graduation are still cause for concern, though. “A key problem with the current college financing system is that debt payments are often fixed, while for many majors, earnings are low in the initial years following graduation,” the study’s authors point out. “This mismatch can lead to a substantial financial burden on young workers.”

Is there a solution? The study makes some recommendations around expanding the use of income-based repayment programs, but for now, students might want to consider majoring in computer science, nursing, operations and logistics, or any kind of engineering: People who come out of college with these majors have to dedicate the smallest percentage of their income upon graduation to their student loans. 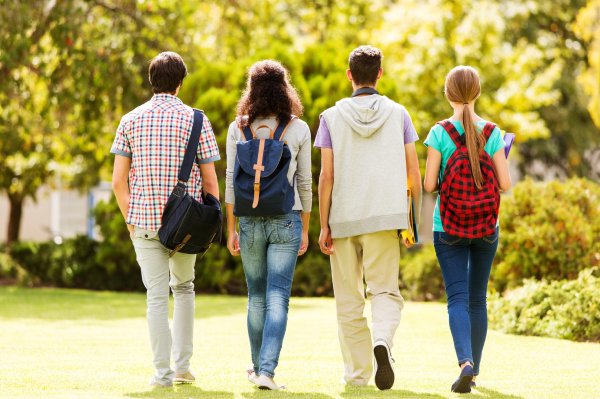 The Surprising Downside of Steering Clear of Student Loans
Next Up: Editor's Pick