Members of the Republican National Committee will be treated early next year to a weeklong all-expenses-paid trip to Israel, according to an email from chairman Reince Priebus obtained by TIME.

The 168 members of the committee, three from each state, district, and territory, have been invited to visit the country from Jan. 31–Feb.8, 2015, paid for by conservative political operative David Lane’s American Renewal Project and the American Family Association. The meeting follows January’s winter meeting of the party committee in Coronado, Calif., where Priebus is set to be resoundingly re-elected to his post.

According to Priebus’ email, the trip is not an RNC event, but is reserved exclusively and is being coordinated by the RNC for members and their guests.

An RNC spokesperson said the trip was not officially a committee trip, but is a “spiritual, historic journey through Israel” organized by the groups in concert with RNC faith director Chad Connelly. According to the official, who declined to be named, about 60 members RSVPd to attend, or 36% of the full committee.

Kentucky Sen. Rand Paul, a likely Republican presidential candidate, joined Lane on a trip to Israel in 2013. Former Arkansas Gov. Mike Huckabee, who is considering a second presidential campaign in 2016, joined Lane with other Christian pastors on a tour of Poland and England this year, retracing the steps of Ronald Reagan, Margaret Thatcher and Pope John Paul II. Texas Gov. Rick Perry, another possible 2016 Republican candidate, has also visited Israel with Lane.

The American Renewal Project, a conservative non-profit focused on getting Christians more involved in American politics, has recently been working to recruit 1,000 pastors to run for public office in 2016,

Here is a look at the full invitation, which was sent out on Nov. 21. 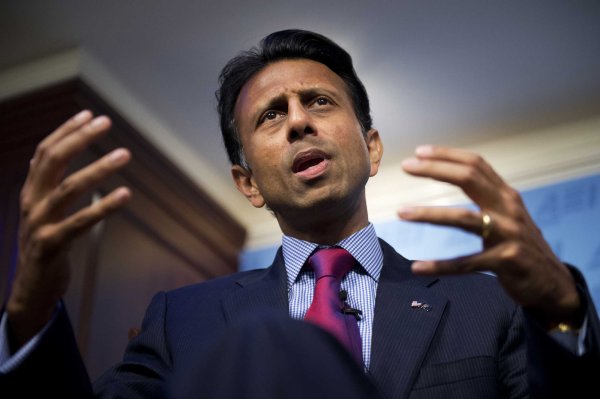 The 2016 Mudslinging Has Begun, But So Far It's Pretty Tame
Next Up: Editor's Pick