The Phi Kappa Psi fraternity house at the University of Virginia in Charlottesville, Va. on Nov. 24, 2014.
Steve Helber—AP
By Eliza Gray

In one of her first interviews since the publication of an account of an alleged gang rape at a University of Virginia fraternity, University President Teresa Sullivan said that fraternities should regulate themselves by limiting alcohol provided at parties to beer and said the university must expand its own social options to provide alternatives to the Greek scene.

The campus of the prestigious public university is still reeling, two weeks after Rolling Stone published the story of a horrific gang rape, igniting protests even as critics have begun to question the nature of the reporting behind the allegation.

On Nov. 22, Sullivan announced she was suspending fraternity social activities until Jan. 9. She said the university would use the period to solicit proposals on the best reforms from students, alumni, faculty and members of the university’s board of trustees.

Since the fraternities operate off campus, they are largely self-regulated. Sullivan said she has been working with student leaders of the fraternities to insure that their governing agreement “has more teeth in it.”

“I’d also give them some other ideas I’d like them to write into their proposal. One would be serving only beer and only in the original container. The days of the trashcan full of punch have to be over,” Sullivan said.

One proposal suggested by the students would require that bedroom doors be locked when fraternities host parties. Another proposal would restructure the university’s bid night–when fraternities give out bids to prospective members each February–which has become an evening of particularly high risk for sexual assault.

Sullivan said reforming fraternities will only solve part of the problems that confront the university, which was once ranked by Playboy magazine as the nation’s top party school.

“It’s a mistake to view the Greek system as monolithic. They are very different from one another. A lot of that leadership comes from some of the Greek houses, so I think it is important when we talk about this, to try not to stereotype them as if the are all exactly the same,” Sullivan said. She added that off-campus housing should also be discussed. “In some ways, apartment culture worries me just as much [as fraternities]. We don’t have any leverage at all, and what’s happening there is as bad or worse.”

The university has little control over what are essentially no different from privately owned homes. The University of Virginia has what is called a Fraternal Organization Agreement with the national fraternities that allows them to get some recognition from the University, but leaves the fraternities to operate independently. For fraternities to consent to increased monitoring they would have to update that agreement.

To solve a lot of these problems, Sullivan hopes to offer more opportunities for students to socialize beyond Greek life. “What students tell me, particularly, is that Saturdays are an issue. Lots of student groups have events on Sundays. Fridays are busy. Saturdays are empty. It is important for us to think about alternative forms of entertainment…We are talking to students and faculty about more ways to encourage a greater variety of student life that is not dominated by one group,” Sullivan said.

Sullivan said she would like to improve communication between the university and the Charlottesville police, which has jurisdiction over most of the fraternity houses. “The chief of police and I have talked about a workshop—we both recognize the myths on both sides, we’d like an opportunity to talk about those and improve communications,” Sullivan said.

The university needs to do more to make people feel safe reporting sexual assault, Sullivan said. “We are very interested in changing the culture so that people are more free to come forward and don’t pay a high social cost,” she said. “I think the most important thing for people to understand is how profoundly subversive sexual assault is to our educational vision. It makes it impossible to concentrate on studies while reliving a traumatizing event like this—that’s one of the reasons it has to stop, and it’s under our mission.”

Read next: No Formal Police Investigation Yet in UVA Rape Case 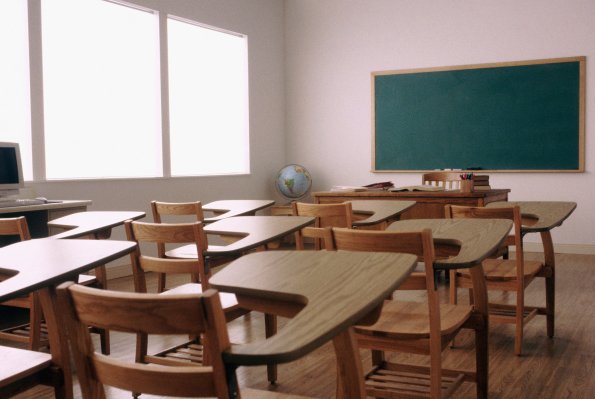 Feds Say Students' Gender Identity Must Be Respected
Next Up: Editor's Pick