Fewer People Than Ever Are Watching TV

The long-prognosticated death of TV may be happening before our eyes—but at a glacial pace. A new in-depth report from tracking firm Nielsen shows that TV is still by far America’s favorite entertainment past-time, but individuals are spending more hours surfing web and viewing streaming services. A growing number of households are choosing to dump TV altogether.

About 2.6 million households are now “broadband only,” meaning they don’t subscribe to cable or pick up a broadcast signal, according to Nielsen’s Total Audience Report, released December 3. That figure comprises about 2.8% of total U.S. households and is more than double the 1.1% of households that were broadband only last year. At the same time, overall viewing of traditional TV is continuing its slow decline. The average person watched about 141 hours of live television per month in the third quarter of 2014, compared to 147 hours in the third quarter of 2013. On a daily basis, viewers are watching 12 minutes less TV than they were a year ago. Overall, 2014 has seen a significantly more precipitous decline in TV viewing than any previous year, Nielsen reports.

Not surprisingly, streaming services like Netflix have benefitted from the decline in TV viewing. Forty percent of households now subscribe to a subscription video on demand service such as Netflix or Amazon Prime Instant Video, up from 35% in 2013. Thirteen percent of households now have a multimedia device like an Apple TV to stream such content. The same percentage of households have smart TVs, which natively stream apps like Netflix. On computers, viewing of online video increased by about 4 hours per month year-over-year to 10 hours and 42 minutes.

More viewers are also using DVRs or video on-demand services offered by their cable provider to watch TV after its live airing. Viewers spent 14 hours and 20 minutes per month watching so-called time-shifted TV during the most recent quarter, up from 13 hours and 12 minutes a year ago.

It helps to keep these shifts in perspective and recognize that TV isn’t going anywhere anytime soon. Overall viewers spend about 14 and a half hours watching video on their phones, computers and multimedia devices, or about a tenth of tenth of the time they spend watching TV. But with CBS having just launched an online version of its channel and HBO prepping a cable-free version of HBO Go for sometime next year, these trends will likely continue to accelerate. 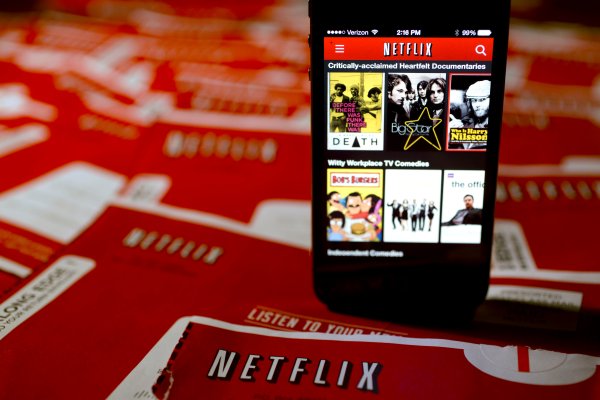 Here's What's New on Netflix This December
Next Up: Editor's Pick