Car Shopping? Brace Yourself For This Shocker

Honda Motor Co. vehicles are displayed for sale at the Paragon Honda dealership in the Queens borough of New York, U.S., on Monday, Sept. 1, 2014.
Bloomberg—Bloomberg via Getty Images
By Martha C. White

If you’re in the market for a vehicle, odds are good that you’ll be borrowing more than ever to pay for your new ride — and you could be taking on more financial risk as a result.

According to new data from Experian Automotive, the average amount of a car loan hit a record high last quarter. In just a year, the average new car loan soared by nearly $1,100 to $27,799, while used-car loans crept up by almost $700 to hit $18,576 over the same time period.

“Monthly payments are at near or all-time highs,” says Melinda Zabritski, Experian’s senior director of Automotive Finance. For Americans already coping with stagnant wages and rising costs of everything from food to healthcare, it’s a struggle to make those heftier payments.

To cope, more drivers are leasing cars; the number of leases is up about 7% from a year ago. In addition, we’re borrowing more and borrowing longer. A record-high 54% of used car deals are financed, while roughly 85% of new car sales are financed. (that number hasn’t changed much.)

Experian finds that more drivers are borrowing for longer terms than the typical five-year loan. The number of new car loans with six- and seven-year terms has shot up by almost 25% since last year. Used-car loans for those terms are up by almost 20% in that time.

Today, more than 42% of new car loans and nearly as many used-car loans are for six-year terms, Zabritski says. This can be a risky strategy, she points out. Although most of us hang onto our cars for eight years on average, stretching out payments for nearly the entire time you own a vehicle has drawbacks.

“This is a depreciating asset, and if you don’t plan on holding onto your car long enough, you very likely owe more than the car is worth upon trade-in,” Zabritski warns. There’s also the fact that a five- or six-year old car might be at the point where it starts needing costly repairs, an expense that can be a bigger burden if you’re still spending a few hundred bucks a month paying down the loan. It also doesn’t give you much breathing room to start saving towards your next car after you’ve made the final payment.

Of course, a longer loan term also means you’re paying more in accumulated interest. Interest rates on longer loans also tend to be a bit higher. Although Zabritski says people who take six years rather than five to pay off their cars save an average of $75 a month, they actually wind up paying several hundred dollars to buy themselves that extra time.

“Understand truly how much car you can afford,” Zabritski advises. “Realize the additional costs involved in car ownership and do your research.” 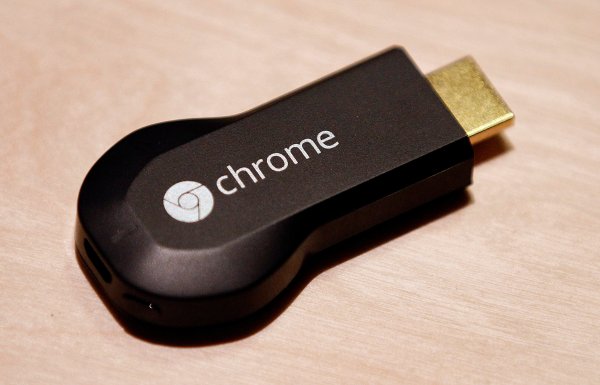 Google’s Chromecast Overtakes Apple TV in Battle for the Living Room
Next Up: Editor's Pick