How Sharing Your Health Data Could Change Medical Research

In the field of health research, data have long been held closely by the researchers who collected it. The knowledge is considered proprietary information owned by whoever conducted and funded the study, even if it has the potential to lead to future health advances.

Now, a slew of new companies and organizations promise to tear down the barriers to data collection and sharing by encouraging patients to give away their data. In addition to fostering diverse research projects, data donation helps patients learn about themselves and improve their own treatment, the companies say. The change has taken root in the medical community, and if roadblocks to privacy and data ownership can be overcome, data sharing efforts may just change the nature of research.

“Increasingly people are realizing this is an ethics issues,” says Yale Professor Harlan Krumholz of the need for relevant data to be shared among researchers. “If our job is to save lives, then it doesn’t make sense that we not share data and get as many people working on the problems as possible.”

Generally, here’s how it works: Patients contribute information about their health and receive a personal benefit of some sort. At PatientsLikeMe, for instance, patients can get treatment tips from others who have the same ailment. 23andMe, another service, provides participants with genetic information that can be used to trace ancestry. There’s also the benefit of knowing you’re contributing to medical advances.

Garth Callaghan, who suffers from kidney cancer and shares his data with PatientsLikeMe, says sharing gave him a sense of control over an ailment that he felt had taken over. “Other patients help me direct my medical team instead of me just being a participant and listening to my doctors and saying yes,” he says, adding that he hopes that sharing his data means other patients won’t need to “reinvent the wheel.”

With data in hand, the companies collecting information then act as intermediaries, deciding which research projects are worthy and facilitating access. But unlike in the long-standing research model, in which a single set of data is typically used for one study, data can be used for many projects with many different goals. In most cases, participants are also notified of the results of studies in which their data was used.

“The world is built on this old model of raise a question, design an experiment, recruit a group of people to solve it…not in this model that we’ve built,” he says, which he calls an integrative learning model.

Health data sharing companies are only a few years old, but their influence has grown quickly. Prominent academic institutions like Yale University have signed on, along with big pharmaceutical companies like Johnson & Johnson and Pfizer.

“When we started this, it was seen as amusing. People were thinking ‘Are you kidding me?’” says Stephen Friend, who runs a non-profit he co-founded that builds platforms to facilitate data sharing. Now, he says “hubris has turned into humility” as researchers have realized the potential.

Still, Friend acknowledges there’s a long way to go and that research money spent on data intended to be shared still represents the “0.1%” of research funding.

Privacy and the question of who owns medical data are some of the concerns holding back data-sharing efforts. Typically, scientific data has been owned by whoever collects it, often universities or academic institutions that fund research. Each company has its own philosophy about who owns data when it’s shared.

Emily Drabant Conley, director of business development at 23andMe, says her company’s policy is “you own your data.” PatientsLikeMe has a policy of “mutual license,” in which both patients and the organization have rights to the data. Regardless of which model prevails, the notion that study participants have any right to their data is a noteworthy change.

“There is an increasing appreciation by people that they actually own their data, and that can actually be useful to them,” says Krumholz. “All these things are coming together in a movement to empower patients and people.” 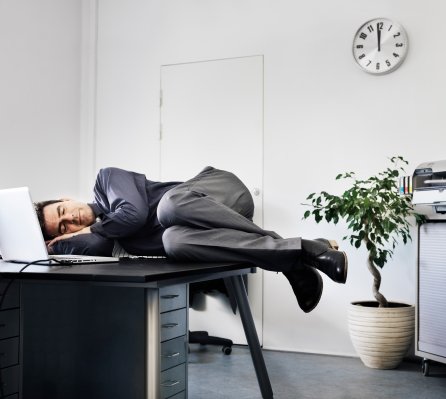 5 Tricks for the Best Nap Ever
Next Up: Editor's Pick