Boys May Actually Be Meaner Than Girls, Study Says

Move over, Mean Girls. It turns out that boys might actually be the crueler ones.

A new study from the University of Georgia (UGA) published in the journal Aggressive Behavior reveals that when it comes to being mean to your peers, it’s not girls who rule the school, but boys.

In fact, as researchers followed a group of boys and girls from middle school to high school, they found that, at every grade level, boys engaged in so-called relationally aggressive behavior more often than girls. The boys were also more physically aggressive than the girls, which leads to an interesting side note: the study seems to have scientifically proved what many have known to be true — middle school ain’t fun. The UGA study shows that the highest levels of physical and relational aggression are present in students from sixth through eighth grade, with all levels of aggression declining throughout high school before reaching a low during senior year. In short, aggressive behavior is at its worst in middle school, but it gets better.

Pamela Orpinas, a professor of health promotion and behavior in the College of Public Health at UGA, led the study and analyzed data collected from 620 students randomly selected from six northeast Georgia school districts. Student participants completed yearly surveys, which allowed the UGA researchers to identify and group them in distinct trajectories for relational aggression and victimization as they progressed from Grade Six to 12 trusting the students to self-report both physically and relationally aggressive behavior and victimization.

“Overall, we found relational aggression to be a very common behavior,” says Orpinas, who notes in an interview with TIME that for the most part, middle school and high school age children are not particularly aggressive, even if they may make snide comments about a classmate at some point. “Almost all of the students surveyed, 96%, had passed a rumor or made a nasty comment about someone over the course of the seven-year study.” Her study revealed that a majority (54%) of the students were unlikely to be perpetrators of relationally aggressive behavior and only 6.5% were ranked “high” as likely perpetrators. Among those students who were perpetrators of violence, the study found that boys were more likely to be both moderate perpetrators (boys 55%, girls 45%) and high perpetrators (boys 66.7%, girls 33.3%) of relationally aggressive behavior.

Still, the study has its limitations: it’s based on a relatively small sample size of students from Georgia schools, rather than looking at a nationally representative sample. Orpinas notes there’s little research on mean boys so far, but hopes to look more closely at the phenomenon in the future. For now, with the “mean girls” myth dispelled, she recommends boys be included in the same school-based programs that have traditionally been used to keep girls from being mean to each other. And maybe that Mean Girls sequel should be called Mean Boys, which would be so fetch.

For more parenting stories and advice on raising a child in today’s world, check out the new TIME for Family subscription. 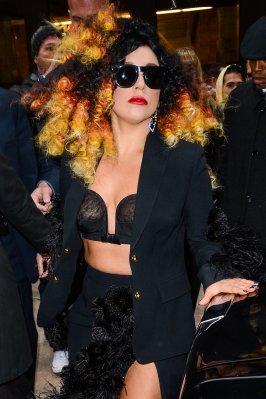 Lady Gaga Says She Was Sexually Assaulted by a Producer
Next Up: Editor's Pick