The National Board of Review (NBR), an awards-giving body that’s part of the lengthy run-up to the Oscars, has given its best film prize to A Most Violent Year, director J.C. Chandor’s film about a husband and wife attempting, against great odds, to enter the heating-oil-delivery business. The film’s stars, Oscar Isaac and Jessica Chastain, also won Best Actor and Best Supporting Actress, respectively. It’s a splashy entry into the year-end conversation for Year, which has yet to open.

The screenplay prizes, though, went in unexpected directions that the Oscars may not follow: The Lego Movie won Best Original Screenplay, while the Thomas Pynchon hippie-noir Inherent Vice took Best Adapted Screenplay.

The NBR is not one of the most widely-credentialed groups of critics (unlike the New York Film Critics Circle, who gave their Best Film prize to Boyhood this week); the group is comprised of nebulously defined “film enthusiasts and professionals, academics, young filmmakers and students” and spreads the wealth with several awards, two top-ten lists for studio and independent films and two more top-five lists honoring foreign films and documentaries. And though the top film prize rarely matches the Oscars’ Best Picture honor (last doing so with 2008’s Slumdog Millionaire), it’s yet another window into what’s ahead as the film year draws to a close. 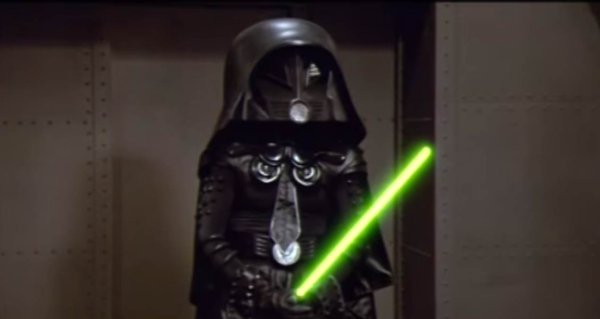 The New Star Wars Trailer Gets a Spaceballs Makeover
Next Up: Editor's Pick