In previous TIME articles, I used the technique of the internal debate to help readers decide whether to quit their job and, in another article, whether to marry their special someone.

Here, I use the internal debate to help parents resolve common dilemmas about college.

Parent: Of course, Leslie should go to college. These days, almost everyone does.

Alter ego: But so many articles, including one I’ve written for TIME, document how little colleges add to students’ learning and employability. Maybe there’s a better use of all that time and money.

Alter ego: Remember Longfellow: “A foolish consistency is the hobgoblin of little minds.” Your desire to stick with a bad idea is a lousy reason to spend all that money and have Leslie spend all those years when there may be a better option.

Alter ego: Again, Leslie would kill me. Leslie would say, “I worked like a dog so I can go to a community college while my friends are off to brand-name colleges?!”

Parent: What about the military?

Alter ego: I don’t want him to end up blue-collar.

Parent: You should mean Leslie doesn’t want to end up blue-collar.

Parent: You and Leslie are both being elitist. There’s nothing wrong with blue-collar work. And with nearly everyone going to college, the blue-collar job market may be better than for majors in sociology. And blue-collar jobs can’t be offshored.

Alterego: Blue-collar just isn’t him…nor me. No. No.

Parent: Work for a businessperson or a nonprofit executive?

Alter ego: Too unlikely to be good. Besides, Leslie needs more structure. Leslie is going to college. That’s it.

Parent: Okay then. I need to focus on the college selection and admission process. When I ask Leslie, “Have you narrowed your list?” Leslie tells me, “Leave me alone. I can handle it.” But Leslie is not handling it and may end up in community college after all.

Alter ego: Plenty of people start at community college and transfer to a more prestigious college than they could have gotten into as a freshman. Besides, that would teach Leslie a lesson.

Parent: That’s too costly a lesson. Leslie is just a kid and still needs my support.

Alter ego: Support is one thing but you’re thinking about commandeering the whole process, “suggesting” the colleges to apply to, breathing down Leslie’s neck to make sure the applications are on time, making sure the essays are perfect…

Parent: The amount of “editing” you’d do would deceive the colleges into thinking Leslie is a better writer and thinker than he is. That’s unfair to applicants that do their own work. Maybe worse, it conveys to Leslie that it’s okay to be dishonest to get what you want.

Alter ego: But every parent “edits” their kids’ essays.

Parent: Not every parent. Many parents feel that’s unethical and many others, especially low-income ones, don’t have the wherewithal to do it, let alone to spend thousands on a private college counselor.

Alter ego: Maybe I should hire one, if only to help Leslie pick the right colleges to apply to.

Parent: The school has a college counselor to do that.

Alter ego: The counselor is overwhelmed, in charge of a zillion kids.

Parent: The differences between colleges aren’t that great anyway. It matters far more what the kid does at college than where he does it.

Alter ego: Some things do matter, like, for example, how selective the college is. Leslie gets overwhelmed in the hard classes, is better as the big fish in the less selective pond.

Parent: But Leslie’s diploma will be more respected if it’s from the most selective college possible.

Alter ego: The difference in employability is just not that great. In fact, a too-demanding college could hurt Leslie’s employability: a lower GPA, make Leslie miserable and more likely to join the almost half of kids who don’t graduate even given six years.

Parent: Fine, limit the choices to colleges at which Leslie would be a big fish.

Alter ego: Location matters. Leslie likes the warm weather here in California and would like the option of being close enough to home to have the option of coming home for the weekend.

Parent: Are you sure that’s not what you want?

Alter ego: I’m sure. Leslie is still kind of immature.

Parent: Then there’s the issue of whether the college has the major Leslie would want.

Alter ego: All colleges offer many majors and Leslie isn’t sure what he wants anyway. Like so many kids, Leslie will probably end up changing majors. Sure, if Leslie were hell-bent on something anomalous like entomology or biomedical engineering, fine. But Leslie probably will major in something common like chemistry and if that’s too hard, switch to something like psychology or sociology. Every college has those majors.

Parent: But what about the college’s quality, like its U.S. News ranking?

Alter ego: A review of articles on that makes clear that a college’s U.S. News rank is a poor criterion for choosing a college.

Alter ego: Mainly it’s the elite privates like Harvard or Stanford that give most students enough cash (not loan) financial aid to make it affordable. For middle-income people like me, other private colleges—unless the student is super desirable–usually give lots of loans but not enough cash. And loans have to be paid back…with interest. And student loans are among the most difficult to discharge, even in bankruptcy.

Parent: Maybe I can make this process much easier: Encourage Leslie to apply to three in-state public—and thus more affordable–colleges at which Leslie would be a relatively big fish in that less selective pond. Because of that, Leslie will probably get into all three. Then, Leslie can visit those colleges, talk to some students, read student reviews of the colleges at StudentsReview, Niche, Student Advisor, Princeton Review’s Best 379 Colleges, and the Fiske Guide to Colleges and pick the college that feels best. And I won’t go broke—I’ll apply for financial aid and compare the deals those in-state public colleges offer. That way, Leslie will be going to a college that’s a good fit, won’t have needed to take an absurdly hard schedule filled with AP classes in which Leslie would have to get mainly As, and not have to get up at 4 a.m. to freeze in his crew boat. And the college would be at least somewhat affordable and one that Leslie and I won’t be embarrassed to tell friends about.

Alter ego: Sounds almost too easy. I need to talk with some parents and the high school counselor.

Parent: Just be sure they don’t whip you into a frenzy. The parents in this suburban school go crazy. Some of them don’t have a life so they turn the college application process into a much bigger deal than it needs to be. 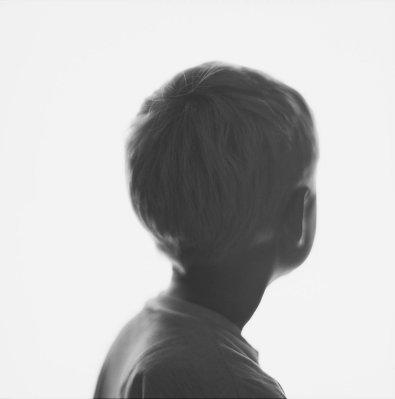 U.S. Says Circumcision Best for Boys
Next Up: Editor's Pick