Should a pregnant worker have the right to workplace accommodations, such as a chair to sit on as she works a cash register or more frequent bathroom breaks during her job as a call center operator?

The Pregnancy Discrimination Act of 1978 was supposed to make the answers to those questions—in both instances—crystal clear. Congress passed it to overturn the Supreme Court’s 1976 decision that pregnancy discrimination is not sex discrimination under Title VII of the Civil Rights Act of 1964.

But over the years, employers have reached differing conclusions about how the Act’s language should be interpreted—specifically the line that says employers must treat pregnant women the same as “other persons not so affected [by pregnancy] but similar in their ability or inability to work.” Some companies have read that phrase to mean that they must meet the needs of pregnant women the same as they would meet the needs of any other worker who’s similarly physically restricted. But other employers believe that so long as their policies are pregnancy-neutral—which often means considering pregnancy the same way they would an off-the-job injury that garners no special treatment—they’re in the clear.

United Parcel Service abided by the latter interpretation in 2006, when it denied former truck driver Peggy Young’s request for light duty during her pregnancy, which forced her into unpaid leave. On Wednesday, the Supreme Court will hear Young’s case and ultimately rule on what accommodations employers must make under the Pregnancy Discrimination Act, a decision that could touchthe lives of the 68 million working women in the U.S. and the 62% of new moms in the last year who were part of the workforce.

“This case is of particular importance because so many working women are now working well into their pregnancy,” says Katherine Kimpel, a lawyer at Sanford Heisler who specializes in gender and race discrimination and who filed an amicus brief in the case supporting Young. In the U.S., 65% of working, first-time mothers stayed on the job into their last month of their pregnancy, Kimpel says. Among full-time workers, that figure surges to 87%.

Peggy Young started working for UPS in 1999; in 2002, she took on a part-time role as a truck driver, picking up air shipments. Four years later, she took a leave of absence to receive in vitro fertilization. When she became pregnant and a midwife instructed her not to lift packages over 20 pounds, Young asked to return to UPS to do either light duty or her regular job as a truck driver, which seldom required her to lift heavy boxes. According to Young’s Supreme Court petition, her manager told her that UPS offered light duty to workers who sustained on-the-job injuries, employees with ailments covered by the Americans With Disabilities Act, and those who had lost Department of Transportation certification because of physical aliments like sleep apnea; not—the manager said—to pregnant workers. UPS wouldn’t allow Young to return to her former role either since her lifting restriction made her a liability. As a result, Young was required to go on extended, unpaid leave, during which she lost her medical coverage.

Young sued UPS in October 2008 for allegedly violating the Pregnancy Discrimination Act since the company failed to provide Young with the same accommodations it gave to employees who were not pregnant but equally unable to work. Young has lost the two previous rulings in the case. A district court decided in February 2011 that UPS’s decision not to accommodate Young was “gender-neutral” and ruled in the company’s favor. The Fourth Circuit Court of Appeals later affirmed that decision, ruling UPS had established a “pregnancy-blind policy.”

Since the Supreme Court decided to hear the case in July, UPS has announced changes to its policy for pregnant workers. Next year, it will offer temporary light duty to pregnant workers who need it. Despite that reversal, UPS maintains that its denial of Young’s light duty request was lawful at the time and that its policy change is voluntary and not required by the Pregnancy Discrimination Act. The Chamber of Commerce filed an amicus brief supporting UPS, calling attention to companies that offer pregnant employees “more than what federal law compels them to provide.”

Young, meanwhile, has received support from across the political spectrum. Pro-life organizations as well as groups like the American Civil Liberties Union have filed briefs backing Young and calling on the high court to rule in favor of workplace accommodations for expecting mothers.

The justices will hear Young’s case nearly six months after the EEOC issued new guidelines to employers on how to treat pregnant workers amid the increase in bias complaints.

“There are lots of women like Peggy Young who need temporary changes at work during pregnancy and too often, even if employers are routinely accommodating disabled workers, pregnant workers are pushed out to unpaid leave or fired,” says Emily Martin, vice president and general counsel of National Women’s Law Center. “This case is really about whether pregnant women will continue to be asked to make the impossible choice between their jobs and their health.” 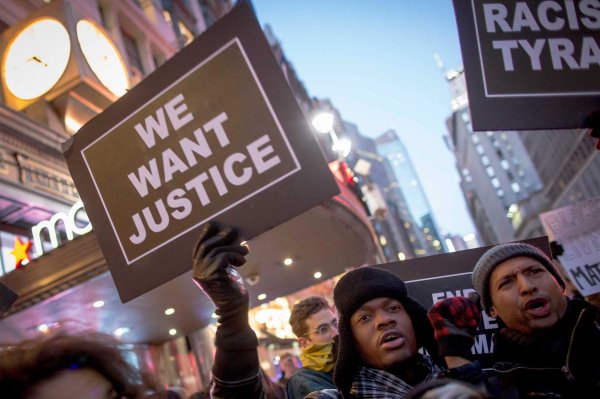