Homeland security officials have issued their strongest warning yet that American service members may be targeted in the U.S. by the militant group ISIS, according to a report Monday.

A joint intelligence bulletin issued by the FBI and Department of Homeland Security said military personnel should review their social media accounts and remove anything that could draw the attention of “violent extremists,” specifically those from the Islamic State of Iraq and Greater Syria (ISIS), ABC News reports. The group has been targeted for months by a bombing campaign in Syria and Iraq, conducted by the U.S. and several other nations in the region.

“The FBI and DHS recommend that current and former members of the military review their online social media accounts for any information that might serve to attract the attention of ISIL [ISIS] and its supporters,” read the bulletin sent to law enforcement agencies. Some personnel said they had been urged to scrub their profiles by security officials in August.

Officials worry the U.S. could see attacks similar to those in Canada in October, when two soldiers were killed in separate incidents by young men who had claimed to be associated with ISIS. The bulletin also suggests the extremist group could be looking for sympathizers within the military: “The FBI recently received reporting indicating individuals overseas are spotting and assessing like-minded individuals who are willing and capable of conducting attacks against current and former U.S.-based members of the United States military.” 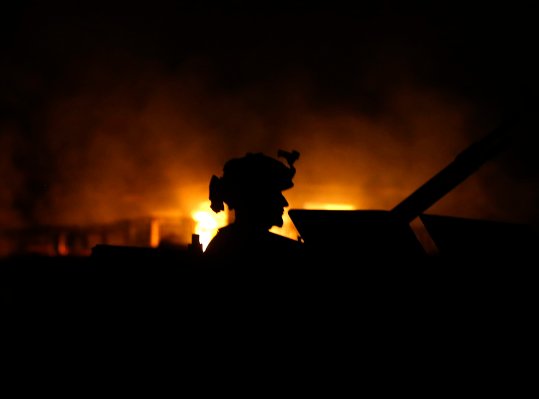 The Drumsticks of War
Next Up: Editor's Pick