NBC has announced plans to air the final, 13-episode season of Parks and Recreation. And damn, it is not wasting any time. The final episodes will air Tuesdays, two a week, starting Jan. 13.

If you recall the lengthy, loving sendoffs the network gave The Office, Friends, Seinfeld, even the low-rated 30 Rock, this is… not that. This is an effort to give closure to a critically acclaimed, low-rated show, but as fast as possible short of tying it to a brick and throwing it through your window while peeling off in its Dad’s Camaro.

Still, it’s possible to spin this positively. NBC tried to: “In the first TV event of the new year,” it said, “NBC is giving its landmark comedy ‘Parks and Recreation’ a sendoff that will maximize the show’s cultural impact.” This is, of course, hooey. But it would be honest to say that it’s fortunate enough that we’re getting seven seasons of the show at all, that it wasn’t just abruptly cancelled, and that it can more or less end in the manner of its makers’ choosing.

And from a practical point of view, for a fan, the sooner I can watch the episodes the better. Hell, put ’em on Hulu. After all, online is where NBC’s creative and promising comedies seem to be going these days, what with Community moving to Yahoo and Tina Fey’s The Unbreakable Kimmy Schmidt handed off to Netflix for a two-season commitment.

The reason the Parks decision is sad, really, is more symbolic than anything. If you have affection for NBC as a brand and as TV history, it’s largely because of comedies. Now its last great comedy is getting bum-rushed out the door–and this is basically it, folks. Show’s over! Turn out the lights! To use a metaphor Ben Wyatt would appreciate, Parks is the last of NBC’s great sitcoms to journey to the Grey Havens and pass into The West.

Which means it’s The Voice, The Blacklist and live musicals from now through the foreseeable future. Marry Me has its moments at best, A to Z is unlikely to make it through the alphabet and Bad Judge is an apt description of the comedy development process that created it. (Oh, and that Bill Cosby comedy? Ahem.)

Either way, it’s the end of a comedy era that’s been ending for a long time. And while I can’t reasonably expect NBC to trumpet that fact, attention must be paid. The finale of Parks and Recreation will air Feb. 24. I’ll be there, pouring out a 512-oz. child-size Sweetums. 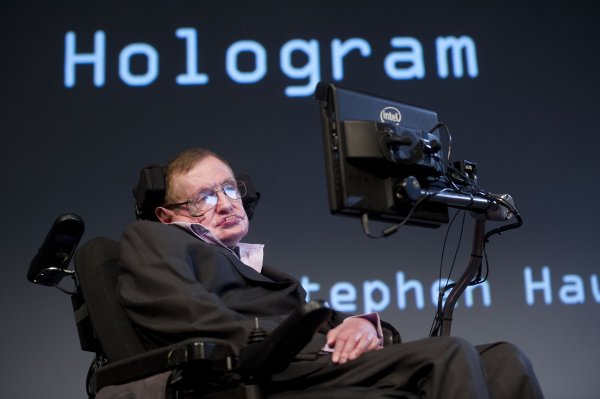 Stephen Hawking Wants to Be a Bond Villain
Next Up: Editor's Pick