What do you do if you’re snowed in on a weekend getaway? Some people would curl up with a book, take an epic nap or make a bottle of Cabernet disappear much too quickly. But if you’re Matthew Barela and his friends, you would strip down to your skivvies, call yourselves Boyoncé and remake Beyoncé’s video for “7/11.”

Along with Danny, Andrew, Tim, Garrett and a poofball of a dog named Sofie, Barela paid homage to Mrs. Carter with a spirited rendition of her choreography. In addition to Sofie, props included red Solo cups and a hairdryer as featured in the original video, as well as a bunch of kale in tribute to the sweatshirt Beyoncé sports in the opening.

In an email to the Huffington Post, Barela said that once the friends found they were snowed in, the first thought that occurred to them was, “Duh, Beyoncé.” Not only does it look like they had just as much fun as Beyoncé did making the video, but Barela, a cinematographer by day, ensured a high quality finished product. 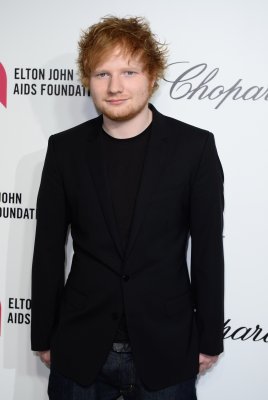 Watch Ed Sheeran Make a Fan’s Day by Surprising Her on Live TV
Next Up: Editor's Pick