The government’s transfer of surplus equipment came under scrutiny this summer following protests in Ferguson, Mo. following the shooting death of Michael Brown by police officer Darren Wilson. Obama ordered a review of the government’s programs in August after clashes between heavily-armed officers and both peaceful and violent protesters. The president is discussing those findings Monday afternoon in a Cabinet meeting, officials said, where he will order his aides to draft an executive order seeking to standardize procedures for the five government agencies that support local law enforcement acquisitions.

But beyond calling for additional oversight, community engagement, and training, Obama will not act to curtail the transfer of military-style weapons and vehicles to local law enforcement, officials said, adding that wasn’t even the subject of their review. “Ultimately these were programs that were authorized by Congress, and so congressional intent is really at issue here,” one senior administration official told reporters before Obama’s announcement on the condition of anonymity.

Obama will also announce a three-year $263 million package to increase the use of police body-worn cameras and expand local law enforcement training. The program, modeled after a similar program for bullet-proof vests for officers, would provide $75 million over three years for the “Body Worn Camera Partnership Program.” Administration officials said it would provided a 50 percent match for body-camera purchases by state and local agencies, enough for 50,000 new cameras. Officials said they hope to secure about $70 million in funding for the effort as part of a government funding deal that must be reached in the coming two weeks.

The review of law enforcement acquisitions programs found “a lack of consistency in how federal programs are structured, implemented and audited,” the White House said. Obama’s order will direct the Departments of Defense, Treasury, Justice, and Homeland Security, and the Office of National Drug Control Policy, which all provide or support the acquisition of equipment, to work together to unify standards, including developing a consistent list of military-style equipment that can be purchased by local law enforcement. The White House said the agencies will consider whether to require civilian review and authorization of purchases of “controlled equipment”—like armored vehicles, weapons, and aircraft—before transfers are authorized, as well as whether to require specific training and use-of-force guidelines in place before those purchases are completed. Obama will order the agencies to develop their specific recommendations within 120 days after consultations with law enforcement, community, and civil rights stakeholders.

Additionally, the administration is considering requiring the filing of after-action reports for federally-provided or -funded equipment involved in significant incidents.

On a call with reporters, officials defended the Pentagon’s 1033 Program, which came under the most intensive scrutiny this summer as being a key vehicle by which local agencies are provided military surplus weapons and vehicles, saying 96 percent of the equipment transferred by the program doesn’t have military attributes, including surplus office supplies. It was unclear whether that figure was determined by the purchase price of the items, or just the raw figures of what was transferred. According to the Pentagon’s Law Enforcement Support Office, $450 million worth of property, by original purchase price, was transferred to local agencies in 2013.

“We found that in many cases, these programs actually serve a very useful purpose,” White House Press Secretary Josh Earnest said Monday. “And what is needed, however, is much greater consistency in oversight of these programs, primarily in how these programs are structured, how they’re implemented and then how the programs themselves are audited.”

An official added that the White House has no opinion on congressional efforts to ban the transfer of Mine-Resistant Ambush Protected Vehicles and other military-style gear to law enforcement agencies. “We haven’t reviewed any specific legislation so I don’t have a specific position for you,” the official said.

Obama is also announcing the intent to issue an executive order to create a Task Force On 21st Century Policing,chaired by Philadelphia Police Commissioner Charles H. Ramsey, and Laurie Robinson, professor at George Mason University and former Assistant Attorney General for the Justice Department’s Office of Justice Programs. The Task Force will report its recommendations to reduce crime and improve trust between officers and the communities they serve to the president within 90 days

Most Popular on TIME
1
What the Freemasons Taught the World About Secrecy
2
Was The Wizard of Oz Cursed? The Truth Behind the Dark Stories About the Judy Garland Classic
3
‘A Rinsing of the Brain.’ New Research Shows How Sleep Could Ward Off Alzheimer's Disease 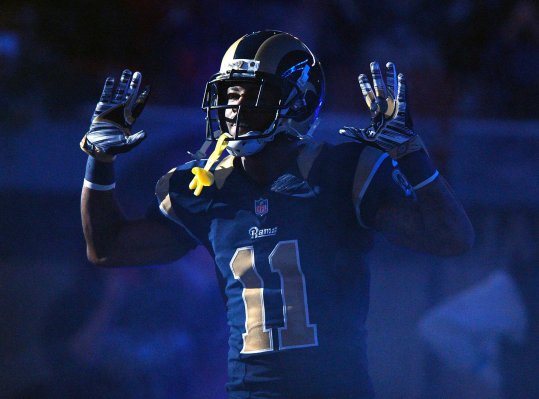