Breakfast: Not All It's Cracked Up to Be?

Breakfast has long been considered the most important meal of the day, especially for elementary school students. Everyone from parents, to teachers, to cereal manufacturers have touted the importance of a nutritional morning meal, but is there evidence to back the positive effect of breakfast on academic performance? A recent study has somewhat muddied the waters on this issue.

A 2005 study by Tufts University researchers found that elementary school children who ate common breakfast foods (oatmeal and cereal) once a day for three consecutive weeks scored better on a battery of cognitive tests—particularly on measures of short term memory, spatial memory and auditory attention. But a study out on Nov. 24, also from Tufts, finds that students enrolled in Breakfast in the Classroom (BIC) programs did not obtain higher math and reading standardized test scores than students in non-BIC schools.

Like the national School Breakfast Program (which provides free or low-cost breakfast to children before the start of the school day), Breakfast in the Classroom meals are available to all students regardless of income level. However, BIC is served in the classroom after the opening bell—ensuring that children enjoy a well-balanced meal without having to wake up early and get to school in time for SBP. Students in 18 states across the nation have had the benefit of a free in-classroom breakfast with their peers thanks to BIC, a huge feat considering that millions of children live in households where a healthy breakfast isn’t an option. But while the immediate nutritional value of Breakfast in the Classroom is apparent, research is ongoing as to how the program affects academic achievement.

In order to ascertain whether students in BIC programs performed better academically, Tufts researchers looked at 446 public elementary schools in urban areas that served low income minority students—189 of which did not participate in BIC during the 2012-2013 school year, and 257 of which did. While BIC schools demonstrated increased overall attendance, there was no notable difference in academic achievement between BIC and non-BIC schools—specifically regarding standardized tests in math and reading.

The results are curious, because the increased attendance at BIC schools presumably means that more students are getting more instruction on important coursework, yet the scores didn’t point to better results. It’s possible that breakfast programs aren’t the solution to narrowing the achievement gap between children whose families face poverty and those who don’t, as educators were hoping.

Tufts researchers, however, insist that the study’s failure to duplicate previous findings that breakfast increases academic performance shouldn’t necessarily cause parents to doubt the benefits of BIC —nor the importance of a healthy breakfast in general.

“These findings should not be interpreted as a definitive conclusion on whether Breakfast in the Classroom affects achievement,” says study author and Friedman School of Nutrition Science and Policy research associate Stephanie Anzman-Frasca.”There are a number of potential explanations for the lack of differences in standardized test scores across schools with and without Breakfast in the Classroom.”

One of those explanations might be that schools often encourage parents to feed kids breakfast on test days, so students who weren’t in the program may have arrived well fed anyway. There’s also the question of whether standardized tests are an appropriate measure for academic achievement. “Given the mixed findings across studies linking school breakfast and academics, it is important to continue to conduct research in this area, with longer-term follow-ups and multiple measures of academic outcomes, before drawing definitive conclusions,” adds Anzman Frasca.

Rather than abandoning the programs, she’s calling for more research. “Collecting multiple measures of academic performance, such as test scores as well as classroom behavior and attention, would be a good way to gain a more comprehensive understanding of Breakfast in the Classroom’s impacts as research in this area continues.” 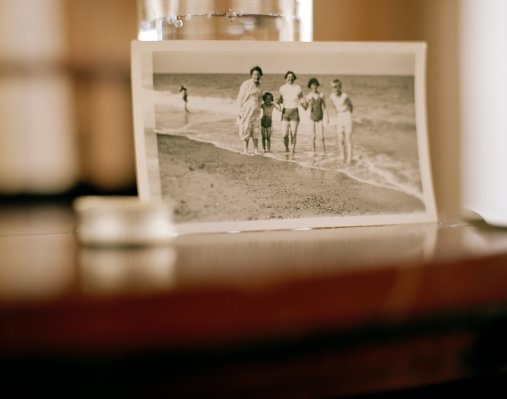 Parents Should Try Being Present Instead of Perfect
Next Up: Editor's Pick