Nearly 10 months after stepping down as host of The Tonight Show, Jay Leno is finding ways to fill his time — but says he misses the show that he helmed for 4,610 episodes.

“Of course I miss it, but I’m keeping myself busy,” he says. “I do 200 shows a year. I was over in Afghanistan last month, which was terrific. Life for me is good right now.”

PEOPLE sat down with Leno backstage at the Florida Hospital Golden Gala, a charity event that raised money for the Children’s Epilepsy Program. Leno performed a 45-minute set — and even donated box seats to a Billy Joel concert for the silent auction. “I like spending my time doing this type of show,” he says. “Charity events, doing things for the troops, that type of thing.”

And what does Leno think of his Tonight Show replacement? “I like Jimmy [Fallon]; I think he’s terrific,” Leno says. “Every host brings his own personality to the show. It’s different now than when I was there, just like the show was different than when Johnny Carson was there. That’s part of the legacy of the show. Everybody who has ever hosted Tonight has been number one when they left, and there’s a lot to be said about that. I think Jimmy is doing a great job.”

Leno says that being away from Hollywood has been good for his perspective. “My favorite story is about a someone I had on the show — I’m not going to say who it is, but he’s a big star. You’d know his name. Anyway, he knew that I like cars and all that stuff, so during the break he said, ‘I want to get a sports car. What’s a good one to get?’ So I said, ‘Well, the new Ferrari is pretty unbelievable.’ And he said, “‘Nah, everybody has a Ferrari.’”

“And I was like, ‘Everybody does not have a Ferrari,’” Leno continues. “I said, ‘You’ll be beaten in the street and killed if you say that on the air. A lot of people haven’t even seen a Ferrari. You have to get out of this town. Go out, go to Iowa. Go to Michigan. Go somewhere where people are living normal lives. You’ll see that everybody definitely does not have a Ferrari.’ It was such an L.A. statement — ‘Oh, everyone has a Ferrari.’ So I have tried very hard to avoid that mindset.”

So does Leno wish he was still hosting Tonight? “You know, things are great now. Showbiz is like champagne. If you drink it every day, you become an alcoholic. I enjoy being around it and observing it now, rather than being in it. People ask why I go to a garage and work on cars. Well, with showbiz, people think you’re funny and some people think you’re not funny. But when something is broken and you fix it, people can’t say it’s not running. And I like that.”

“Doing The Tonight Show was obviously the pinnacle of my career,” he says. “And I’m grateful for every day I had on the show. But now that it’s done, I’m still moving forward with my life. I don’t have a bucket list; I don’t have all these things I need to finish. I’ve always been happy wherever I’m at.” 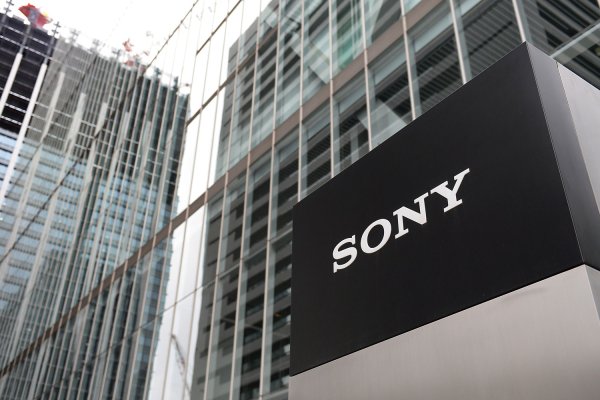 Annie and Other Sony Pictures Movies Leak Online
Next Up: Editor's Pick