Nixon called upon the legislature to ensure that Guard members are paid on Dec. 15, the governor’s office said in a statement. The budget allots $4 million for the state’s National Guard emergency funding and $3.4 million for Missouri state agencies emergency response, but it was unclear how much more money is needed.

“Time is of the essence,” said Nixon. “It is vital that we act quickly so that we can fulfill our obligation to the men and women who are so bravely and capably serving their fellow citizens.”

Protests have led to clashes between protesters, police and the National Guard this week. Police arrested at least 16 people on Friday as the unrest bubbled over into the weekend, CNN reports. 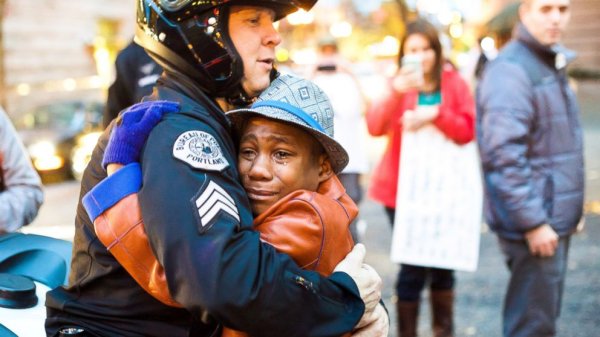 A Cop Hugs a Tearful Boy in This Powerful Ferguson Protest Photo
Next Up: Editor's Pick