Actress Teri Hatcher wipes away tears after her speech during the United Nations Official Commemoration of the International Day For The Elimination Of Violence Against Women on Nov. 25, 2014 in New York.
Jemal Countess—Getty Images
By Sam Frizell

Teri Hatcher spoke about her childhood experience with abuse at a United Nations event commemorating the International Day for the Elimination of Violence Against Women on Tuesday, recounting being molested by her uncle at the age of seven.

“I was convinced it was my fault and I blamed myself for what had happened, so I didn’t tell anyone and I was silent,” the 49-year-old actress said, Yahoo News reports. “I did, however, unsurprisingly, start to act out and my mother decided to keep me away from my uncle. I didn’t see him anymore, but no one in my family ever asked exactly what happened. We remained silent.”

Hatcher says the abuse stopped when she was around 8 or 9, but her uncle Richard Hayes Stone abused other young girls, including one victim who later committed suicide. When Hatcher learned that others were abused, she decided to approach a district attorney. Stone was eventually sentenced to 14 years in prison.

The Desperate Housewives star first spoke publicly of her abuse in 2006. Hatcher has been active in seeking to prevent sexual abuse, and on Monday helped light the Empire State Building orange in honor of the International Day for the Elimination of Violence Against Women. 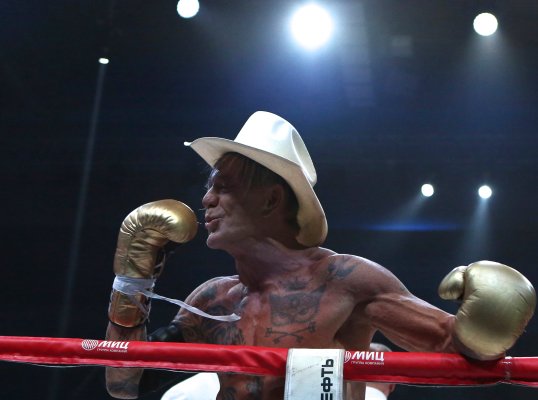