A man holds a poster during a rally in support of asylum seekers in central Sydney July 20, 2013
Daniel Munoz—Reuters
By David Stout

In a letter signed by ten Pakistani nationals, which was obtained by the Guardian Australia, the men say they’re being held against their will by Australian authorities in substandard conditions and argue that the U.S. president is the only person capable of securing their freedom.

“We beg for your help to take us out of this miserable situation,” read the letter.

In the message, the detainees claim officials played a role in instigating violent riots at the internment camps and say fellow refugees have died due to insufficient health care facilities.

The group claims to have fled from their homeland due to the Taliban’s increasingly ferocious terror campaign.

Since taking office, Australian Prime Minister Tony Abbott’s Administration has ramped up a controversial immigration policy designed to discourage boatloads of asylum seekers from arriving on the country’s shores.

Australian authorities currently transfer immigrants arriving by sea to squalid detention centers in Papua New Guinea and the nearby island nation of Nauru, where they await Canberra’s decision on their status. But whatever officials determine, no boat people are currently being resettled in the Lucky Country. 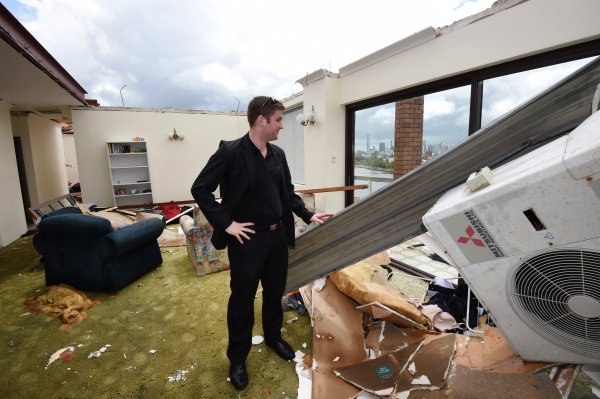 Worst Storm in Decades Smashes Into Brisbane
Next Up: Editor's Pick