A Pakistani anti-terrorism court has sentenced film and television star Veena Malik to 26 years in jail after she appeared in a scene that the Guardian describes as “loosely based on the marriage of the Prophet Muhammad’s daughter.”

The sentence stemmed from a blasphemy charge, which was also levied at Malik’s husband, businessman Asad Bashir Khan and Mir Shakil-ur-Rahman, owner of the Jang-Geo media group which aired the TV show, for their parts in the scene which aired in May. Khan and Shakil-ur-Rahman were also sentenced to 26 years. None of the accused were present in court.

The offending scene was a reenactment of Malik and Khan’s own wedding, acted as musicians played a devotional song about the wedding of a daughter of the Prophet Muhammad. After the episode aired, the senior vice president of a chapter of the Muslim religious organisation Ahle Sunnat Wal Jamaat made an official complaint, saying the show had defiled the family of the Prophet Muhammad, by using the religious music.

The sentence was handed down by judge Raja Shahbaz, who said, “The malicious acts of the proclaimed offenders ignited the sentiments of all the Muslims of the country and hurt the feelings, which cannot be taken lightly and there is need to strictly curb such tendency.” 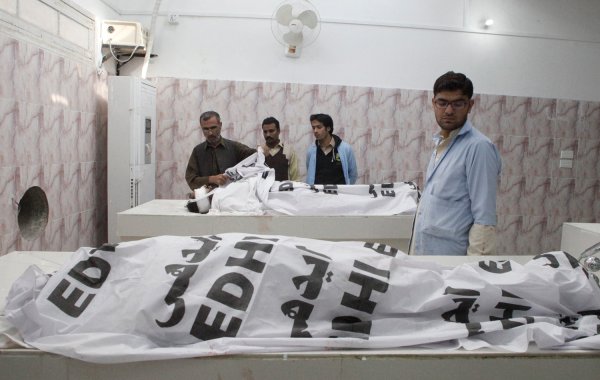