It’s perhaps one of the most poignant holiday promotions out there this year, a reminder – if one were needed – as to just how sharply fortunes can reverse in businss.

BlackBerry is offering iPhone users lump sums of $150 to trade in their Apple smartphone in a new “trade-up” program to bolster sales of its new Passport, which the once-dominant Canadian company is hoping will make it a player again in the premium smartphone segment.

Calculating a trade-in value of up to $400 for a nearly-new iPhone 6, BlackBerry is pitching the offer as being worth up to $550.

The company is trying to build on what appeared to be a generally successful launch of the Passport in September, despite some mixed reviews. Initial sales — 200,000 units in the first two days – far exceeded the company’s conservative estimates, and the device sold out within six hours on BlackBerry’s website and within 10 hours on Amazon.com.

The new offer (which is valid in North America only) helped make it the best-selling unlocked smartphone on Amazon as of Thursday morning.

BlackBerry’s overall shipments of smartphones have collapsed in the last three years as both Apple and, increasingly, Samsung Electronics Co. have eaten into its once loyal fan-base among corporate executives. From a peak of 52.3 million in 2010, shipments fell to less than 14 million in the last fiscal year.

The Passport, which features a monster 4.5″ square touch screen as well as the company’s trademark physical keyboard, is designed to sharpen the focus on executive users, especially as regards the reading and editing of spreadsheets. 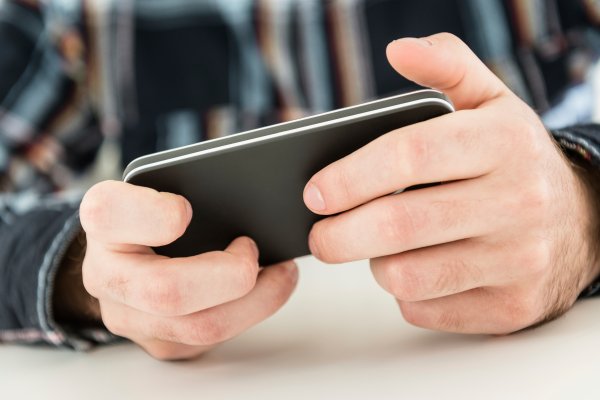 6 Unexpectedly Absorbing Games to Play on Your Phone While Ignoring Your Family This Holiday Season
Next Up: Editor's Pick