People gather outside the US embassy in Central London, supporting the protests in Ferguson on Nov. 26, 2014.
Andrea Baldo—LightRocket/Getty Images
By Naina Bajekal

Several hundred people marched in London in solidarity with protestors in the U.S., condemning the decision not to charge police officer Darren Wilson with the killing of Michael Brown in Ferguson, Missouri.

Demonstrators held candles and placards outside the U.S. embassy and observed a minute’s silence before marching across central London to the Houses of Parliament, BBC reports. Many held their hands up and chanted the slogan of American campaigners: “Hands up, don’t shoot.” The protest was peaceful and no arrests were made.

The protest was attended by relatives of Mark Duggan, a young black man shot dead by a police officer in London in 2011 and Sean Rigg, a black musician who died in police custody in 2008.

MORE: The one battle Michael Brown’s family will win

Carole Duggan, Mark’s aunt, told the crowd: “We know the pain of losing somebody at the hands of the police. We stand in solidarity with the community of Ferguson. I feel they are very strong and brave people.” 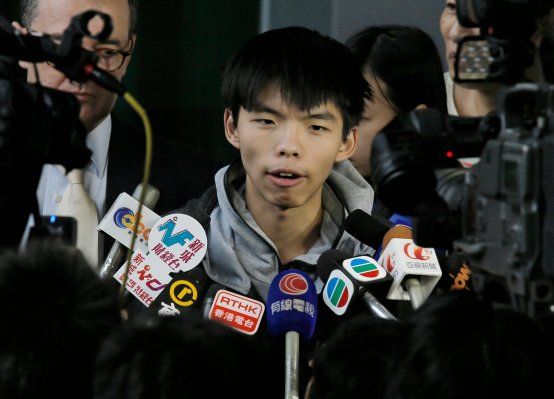