5 Dead in Suicide Blast on British Embassy Vehicle in Kabul

Afghan security forces inspect the site of a suicide attack on a British embassy vehicle in Kabul on Nov. 27, 2014
Omar Sobhani—Reuters
By NBC News

KABUL, Afghanistan — A British embassy worker was among five people killed in a suicide attack in the Afghan capital on Thursday, a senior police official told NBC News. The Taliban claimed responsibility for the blast which targeted a vehicle on Kabul’s Jalalabad Road. At least 31 others, including three embassy staff, were injured, the senior police officer added. General Ayoub Salangi, the Afghan deputy interior minister, told Reuters the bomber was riding a motorcycle.

A spokesman for the U.K.’s Foreign Office told NBC News that “a British embassy vehicle was attacked in Kabul this morning.” He added: “We are working with Afghan officials to establish details.”… 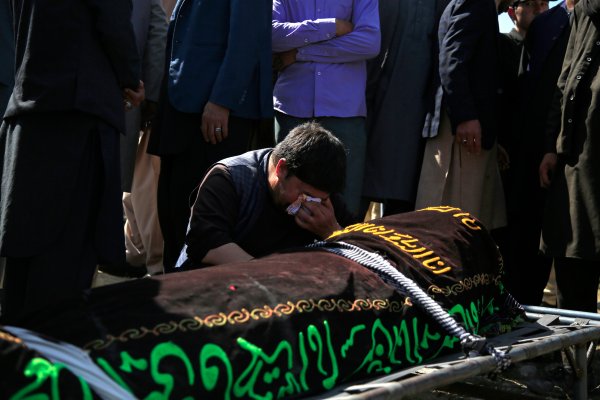