A forthcoming movie starring James Franco is making headlines today because, according to The Wrap, it will feature a sex scene between Franco and co-stars Zachary Quinto and Charlie Carver. The film, called Michael, is directed by Justin Kelly, a protégé of Gus Van Sant’s, with Van Sant executive producing.

The movie is, of course, about much more than a sex scene. The story derives from a 2011 New York Times article by Benoit Denizet-Lewis called “My Ex-Gay Friend,” about a gay activist turned fundamentalist anti-gay Christian. Franco plays the title character, Quinto his boyfriend Ben, and Carver, an acquaintance with whom the pair ends up in bed.

Van Sant, who is gay and has directed several films about gay characters (Mala Noche, My Own Private Idaho, Elephant, Milk), said in a 1993 interview that when he was getting his start in the early ‘80s, gay audiences “would see anything that related to them” because there was so little in the way of gay cinema. Since the overwhelming popularity of Brokeback Mountain, movies about gay characters are seen more and more by wider audiences, and images of gay people in love — and in lust — are transitioning from niche to mainstream. Perhaps one day they won’t even be newsworthy — beyond the usual salaciousness of seeing a famous actor’s backside, that is. 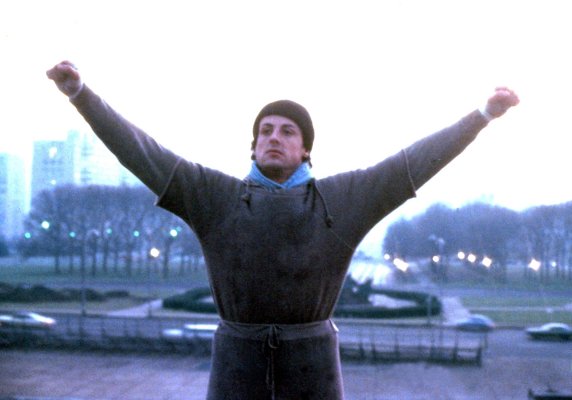 14 Thanksgiving Movies and TV Shows You Can Stream Right Now
Next Up: Editor's Pick