It didn’t take long for Big Little Lies, Liane Moriarty’s best-selling novel released this past July, to get snatched up for a TV adaptation. And considering the trio at the helm — Reese Witherspoon, Nicole Kidman and David E. Kelley, who among them have 10 Emmys and two Oscars — there’s ample reason to anticipate the end result.

Witherspoon’s and Kidman’s production companies optioned both the film and TV rights to the book, initially considering a feature and later deciding on a miniseries. The story, which Entertainment Weekly dubbed “suburban noir,” revolves around three women with children in the same kindergarten class and a suspicious murder that shakes their community. Kelley, who co-created and wrote Chicago Hope, Ally McBeal and Boston Legal, among many other shows, will adapt the novel for the screen.

The New York Times described Moriarty’s writing as “girlfriendy,” but conceded, “a low-level bitchiness thrums throughout the narrative, becoming one of its indispensable pleasures.” Hopefully Kidman and Witherspoon will capture both that bitchiness and the darkness that lingers beneath it. The series is not yet attached to a network — but then, with this pedigree, it’s not likely to be a hard sell. 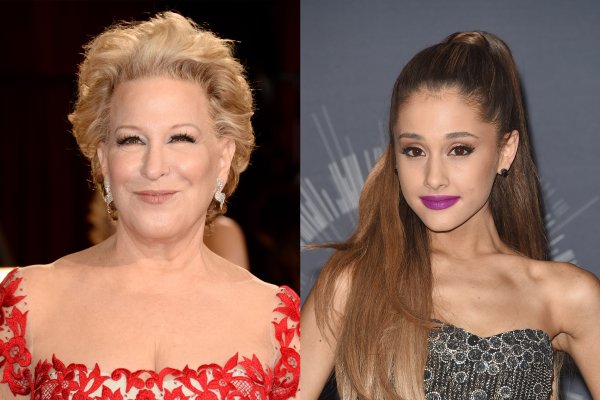 Bette Midler (Kind of) Apologizes for Calling Ariana Grande a 'Whore'
Next Up: Editor's Pick