The Netflix Inc. application is displayed on an Apple Inc. iPhone arranged for a photograph in Washington, D.C., U.S., on Tuesday, Jan. 21, 2014.
Bloomberg—Bloomberg via Getty Images
By Victor Luckerson

As you’re enjoying your upcoming holidays, there’s a good chance some Netflix streaming could be in your vacation plans. Not to worry: the folks at Decider have published a handy list of the movies and TV shows that are on slate to debut on Netflix in December.

The biggest get is probably the Oscar-nominated The Wolf of Wall Street, which stars Leonardo DiCaprio as the unscrupulous banker Jordan Belfort. Anchorman 2 is also arriving with a special director’s cut. And we still have a soft spot for Heath Ledger’s A Knight’s Tale, which you’ll be able to stream starting Dec. 1. 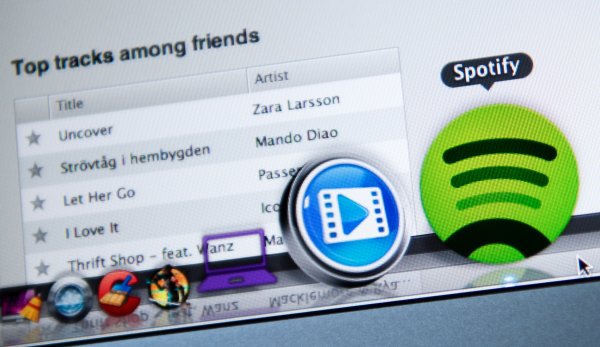 Spotify Still Doesn't Make Any Money
Next Up: Editor's Pick