Bette Midler and Ariana Grande seem to have settled their puzzling feud via Twitter. The squabble began Monday when Midler, 68, complained in an interview with the Telegraph about today’s young female talent depending too much on their sex appeal. Since complaining about 22-year-old Miley Cyrus’ twerking is apparently so last year, Midler pointed instead to 21-year-old Ariana Grande:

Her advice to stars like Grande? “Trust your talent. You don’t have to make a whore out of yourself to get ahead. You really don’t.”

Grande took a break from promoting her new Christmas song “Santa Tell Me” to respond. In a tweet, she questioned Midler’s feminism:

“Bette was always a feminist who stood for women being able to do whatever the F they wanted without judgement! not sure where that Bette went but i want that sexy mermaid back!!! always a fan no matter what my love,” she tweeted. Perhaps in the spirit of the holiday, Grande tweeted later that she harbors no ill will towards Midler:

Midler tweeted back a pseudo-apology:

Now everyone can enjoy their Thanksgiving turkey in peace. 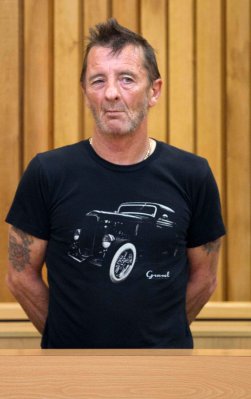