Sultry, sexy, steamy. Those are all adjectives people use to describe mega-hit Fifty Shades of Grey. But those are not words normally associated with talk show host Ellen DeGeneres — until now.

In the clip, DeGeneres stares balefully at the film’s charismatic and chiseled male protagonist, Christian Grey (played by Jamie Dornan), as she interviews him in his austere offices, watches him play piano and kisses him on the streets of Seattle. With just one glance at DeGeneres as Anastasia Steele, it’s clear that poor, troubled Christian Grey has finally met his true soul mate—as long as she gets the popcorn off her face. 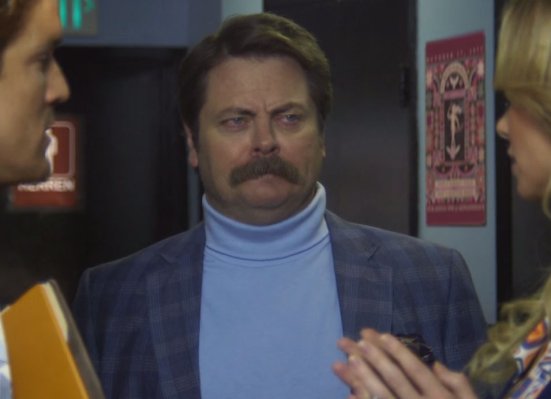